20 November 2019 - Having endured the chill winds of a slowdown, Westpac’s economists say signs of spring are emerging. Data suggests we are past the worst of it

Westpac Chief Economist Dominick Stephens says, ‘We have long expected the economy to get a lift from government spending, low interest rates, and rising house prices, and that’s how things are playing out. The biggest call we have made this year was that house price inflation would lift from 1% to 7% by the end of 2020. No other major forecaster shared that view back in April, but evidence of a housing market pickup is now clear.’

Writing in the latest Westpac Quarterly Economic Overview, he says, ‘House prices have risen by 3.2% in the last three months (having risen just 1.5% in the year before that). There are also tentative signs that the housing market is helping to support consumer spending, with electronic card transactions and car registrations picking up a little in the last few months after a soft patch in the first half of this year.

‘Businesses are still very downbeat, but they may be seeing some light at the end of the tunnel. Surveyed business sentiment for the September quarter was very weak, but expectations for the quarter ahead rose slightly. Similarly, job advertisements have recovered a little after falling sharply mid-year.’

The Government is now meeting its spending plans, having underspent in previous years. Total operating spending was up by 7.8% in the year to September, compared to 4% in the previous year. ‘Much of that increase is likely to have boosted incomes rather than activity in the first instance – for example, transfers to households and higher pay rates for public sector employees. But that translates to more money in people’s pockets, which will provide further support for growth in consumer spending.’

However the Overview suggests that the economic improvement won’t be felt by everybody. Businesses will remain under siege from a rising cost base, a limited ability to lift prices, and more difficulty accessing finance. ‘That’s why we are forecasting a pretty modest 2.6% GDP growth next year.’

Although the Reserve Bank has kept the Official Cash Rate on hold, the Westpac economists predict there will be one more cut before the OCR reaches its low point of 0.75%. ‘This is based on our global forecasts. Global economic sentiment has calmed recently, but we expect it to worsen as signs of a slowdown in the US become more prevalent – or if another presidential tweet sets off palpitations.’

The Overview also mentions a surprising fact: due to immigration the median age of New Zealand’s population has fallen over the past five years, counter to the global trend of an ageing population. ‘Our demographic future will look different to other Western countries,’ suggests Stephens.

‘We’ve seen less migration-led population growth over the last few years than previously thought – about 1% less since 2013. Even so, that leaves a major trend intact: New Zealand’s workforce has seen significant growth in the 25-34 age group, which is where migrants (both inward and outward) tend to be concentrated.’

Regionally, Auckland has grown by much less than previously thought, due to a combination of the downward revisions to net migration and the movement of people to other regions. ‘Consequently, the housing shortage in Auckland is much smaller than previously estimated, and at the current pace of building would be eliminated much sooner,’ says the Overview. ‘This reinforces our view that construction activity will start declining after 2021. The flipside is that the smaller regions have seen much stronger population growth than was previously estimated.’

This reinforces the interest in moving to the regions from franchise buyers – something that has been a growing trend in recent years.

There’s some potentially good news for premises-based franchises in this quarter’s special report on commercial property which suggests that space may become more available and rent increases more limited than in recent years.

‘While the commercial property sector has enjoyed a solid run in recent years, the underlying economic conditions that have supported demand have been changing. GDP growth has slowed, population growth has dropped back, and the global backdrop has been rocky. These conditions have seen business confidence slumping across all sectors. We expect that these conditions will dampen occupier demand for new space over the coming year and will result in some increase in vacancy rates from current low levels. Those conditions could also limit rent increases.’ 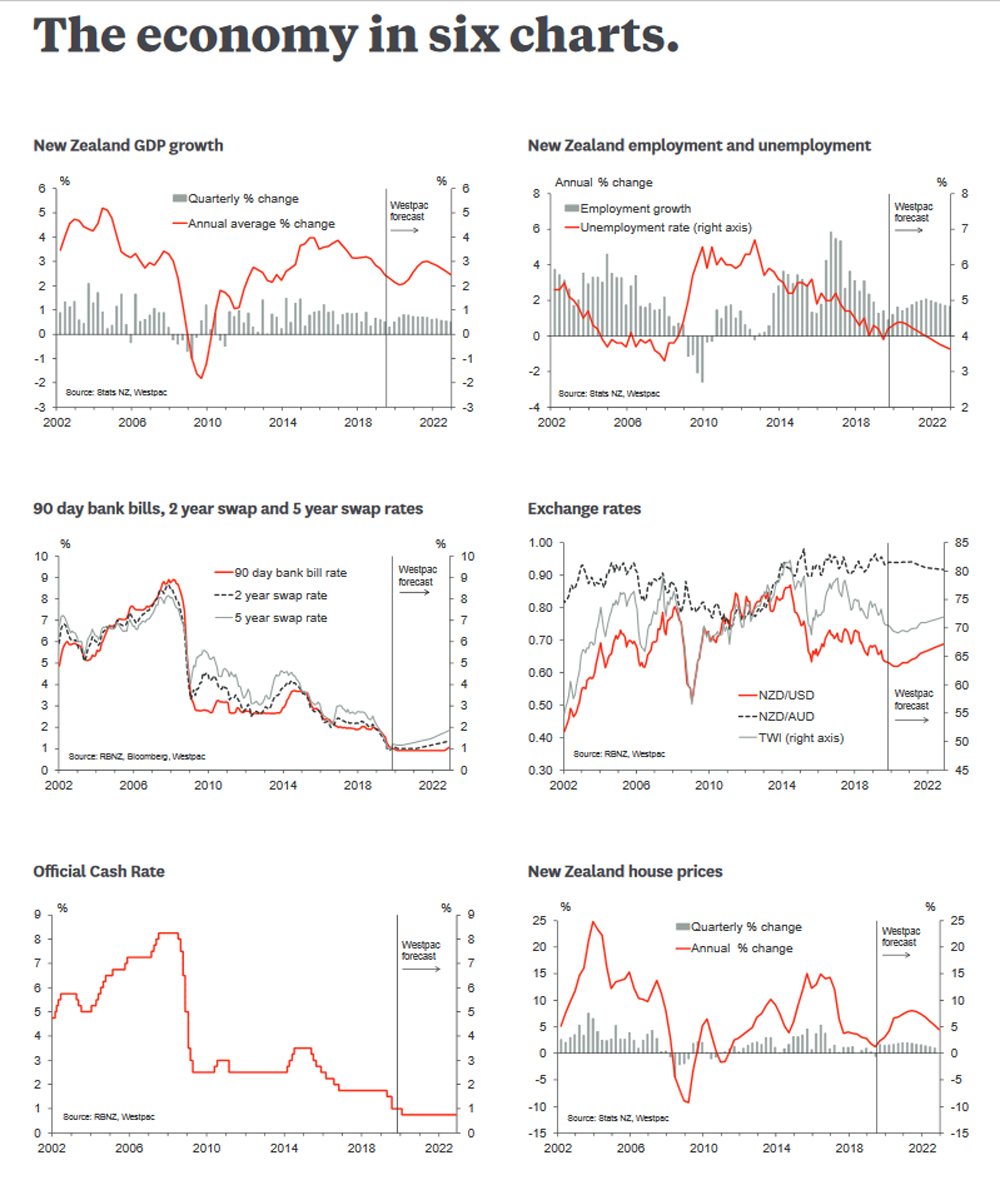 The economy in six charts - November 2019