Why move to the regions to buy a business?

When franchises advertise ‘opportunities nationwide’, they mean it. Simon Lord finds good reasons why business buyers should look outside the cities

Mike and Lisa Keffler sold their house in Auckland and moved to Rotorua, where they and their young family couldn’t be happier. Parin Desai has established himself as part of the local community in Whakatane. John Alipate is a Dunedin man through and through and wanted to stay in the city he loved, while Ashneer and Durgeshni Datt –­ also refugees from the hectic pace of Auckland – were welcomed by the mayor and the local MP when they arrived in Invercargill. All of them found business opportunities through franchising in the places they wanted to live.

According to the headlines, business these days is all about the growing population of Auckland and the reconstruction of Christchurch. Yet the people above, and others you can read about on this website, prove that there is life outside the big cities and that it can be very rewarding indeed.

‘In fact,’ says Daniel Cloete, National Franchise Manager for Westpac, ‘I have found that in many franchise systems, some of the most profitable outlets in New Zealand are located in the regions rather than the major centres.’

The key word here is ‘profitable’ rather than ‘highest sales’. Regional centres might have a slower economy but they can produce better results. There are four main reasons for this:

All these benefits add up – and when you add the double disadvantages of Auckland’s high property prices and all-day traffic jams to the mix, the appeal of out-of-Auckland businesses becomes obvious.

According to many franchisors, despite these advantages there is a shortage of enquiries from suitable buyers for areas outside the main centres. This is partly fuelled by immigration: Auckland, as the largest centre, has most appeal to those from other countries seeking to establish or buy businesses. Although the immigration criteria offer bonus points for people willing to settle outside Auckland, at the time of writing (June 2015) this applied only to the Skilled Migrant category, not the Entrepreneur category.

It also reflects a lower level of business confidence in some regions. Despite the fact that, according to the Westpac Quarterly Overview, GDP is still forecast to grow by up to 3 percent in 2015 and 2016, there is concern about a ‘two speed economy’ with domestic demand coming mainly from the main urban centres and more challenging conditions in rural regions. The latter is the result of falling prices for some key commodity exports, particularly dairy. However, the Westpac report suggests that while this may have an impact on plant and machinery investment spending, history suggests that ‘the overall sensitivity of consumer spending to export incomes is actually quite low.’ In other words, if you choose wisely, there’s no reason why a regional franchise shouldn’t be (at least) as successful as an urban one.

And while the population of Auckland is projected to grow to almost 2 million in the next 15 years, according to Statistics New Zealand, it’s not the fastest-growing part of the country – that’s the Queenstown-Lakes district. In fact, all areas are predicted to have population increases by 2031, although three-fifths of that will be in Auckland – putting further pressure on the city’s infrastructure and leading to increased competition in all business sectors.

One franchisor has found an innovative solution to the problem of finding franchisees to meet demand for its commercial cleaning services. CrestClean’s Move to the Regions programme offers a $2000 relocation payment and an opportunity to pay a lower start-up cost to suitable people willing to settle outside Auckland and Wellington. Since its launch last year, the programme has helped 25 families settle in areas from Whangarei and the Wairarapa to Blenheim and Cromwell. 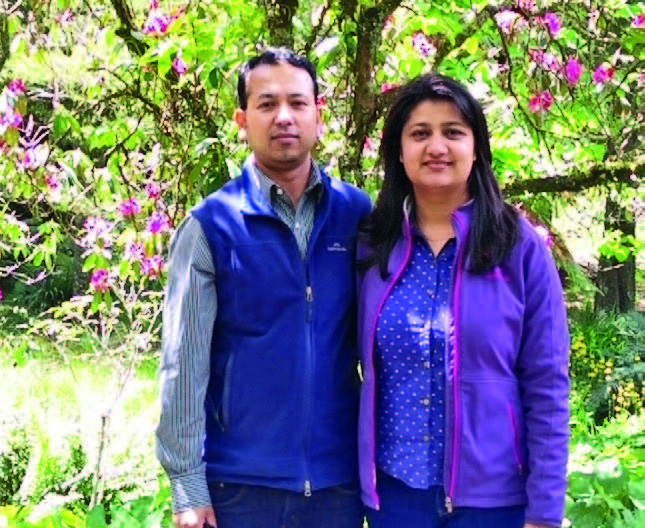 Prasun and Diksha Acharya, along with their four-year-old daughter, are one such family. Having moved to Auckland from Nepal, working for others was getting them nowhere and high rental costs meant buying their own home was getting further out of reach all the time. They discussed their options with CrestClean’s national sales manager Chris Barker.

Prasun recalls the big question: ‘To stay in Auckland or relocate? Sometimes it’s a matter of identifying what your real goals are and then discovering that there’s an opportunity that could help you make them happen.’

The Acharyas seized their chance and moved to Napier, where they ran a very successful CrestClean business before being offered another opportunity ­– to develop a new region for CrestClean as a master franchisee in New Plymouth. It’s fair to say they don’t miss Auckland at all. ‘People in Taranaki are generous and very friendly: it’s a nice place to live and raise a family,’ Prasun says. There are not many places you can find a snow-clad mountain on one side and a sea view on the other. We feel blessed to be here.’ 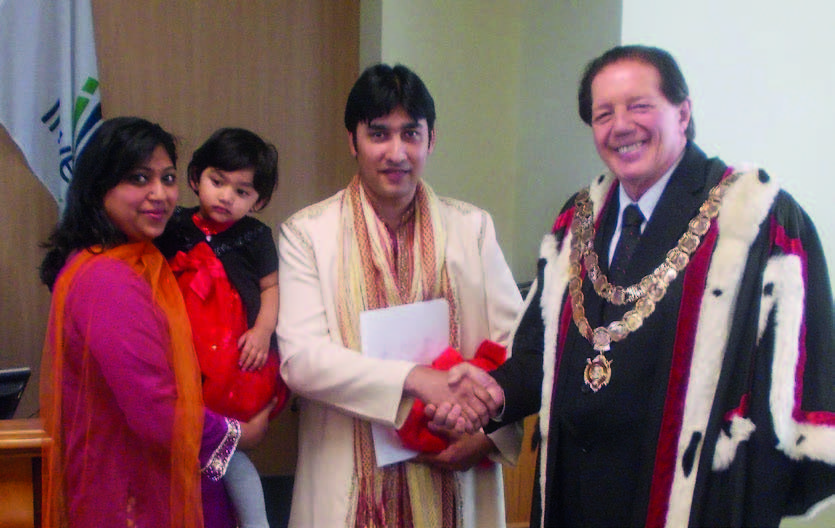 Ashneer and Durgeshni Datt also took advantage of the Move to the Regions programme to head south to Invercargill. Originally from Fiji, Ashneer had three jobs to keep his family’s head above water in Auckland. ‘I was working seven days a week and I’d just come home to eat and sleep then go back to work,’ he says.

‘I didn’t have enough money to get started, so Crest financed me into the business and paid for the relocation. I didn’t even look at the place first – I just packed up and came,’ Ashneer smiles. It proved to be a good decision. Now he has a more comfortably-paced lifestyle, spending time with his two children during the day while still turning over $100,000 a year in his growing business. That means he can plan to purchase a house in Invercargill’s more affordable market ­just three years after starting his own business – something he would never have achieved in Auckland.

In many countries faced with the growing economic dominance of one centre, governments have introduced policies of decentralisation (moving government departments to the regions) and allowed regional development incentives. Although no such plan currently exists at national level, some regions are promoting local incentives. The Southern Institute of Technology in Invercargill has a Zero Fees scheme on many of its degree and other courses, while Upper Hutt launched an Economic Development Stimulus Package last year offering a range of grants for relocation, retrofitting, and earthquake-strengthening commercial properties.

The Upper Hutt City Council came under fire from the Taxpayers’ Union when a BurgerFuel franchisee received a $32,000 grant under the scheme (and created 13 new jobs in the process), but the incentive was available to all and a franchise is as much a locally-owned business as any other. BurgerFuel Australasia general manager Craig Notman said it was the first time the company has worked with a council that has such a ‘proactive stimulus package for its region,’ and it seems such strategies for increasing local investment and jobs may well become more popular.

Of course, those looking to benefit from a move to the regions still have to do their homework and ensure the franchisor has done proper market research too. Peter Scott of property specialists Parallel Directions points out, whatever rent you are paying, you have to get the foot traffic to make a business profitable. ‘Before opening in any new area, therefore, you have to know who’s already there and what business they are doing. You also need to think about the impact of any future competition on your own business. Will the cake get bigger, or will you just get a smaller slice?’

But for many franchises, demand in the regions is outstripping the supply of suitable new franchisees, and that means plenty of opportunities in all sorts of business types. As Chris Barker of CrestClean sums up, ‘To buy or rent a house in the regions is considerably less compared to Auckland. In most cases, the move allows franchisees to purchase their own home; the schools are smaller and very welcoming to new pupils, and there are no zoning issues so people have more choice. Smaller regions provide franchisees and their families with a great lifestyle that is full of opportunities.’

In other words, whether you’re a long-established Kiwi or a new immigrant, it’s worth exploring your options beyond the city boundaries. If you’re committed, the right franchise can give you the potential to build a solid, sustainable and profitable business in the area of your choice. And traffic jams can become a thing of the past!

The big questions to ask yourself