Christmas cups are back for KidsCan

November 2021 – Continuing an annual tradition, KidsCan and The Coffee Club have announced the young winners of their Christmas Cup Artwork Competition

Every year, The Coffee Club and KidsCan collaborate on a special competition to design the seasonal takeaway cups used in 65 of The Coffee Club's cafés around New Zealand. But it's not just about the glory of winning – the young artists also raise thousands of dollars for their schools.

More than 300 entries were received from over 30 schools across New Zealand supported by KidsCan, and the winning artists’ designs earned a total of $12,000 for their schools. The new takeaway cups featuring the winning Christmas-themed designs are now available at all The Coffee Club stores nationally until mid-January, offering another reason to look forward to Christmas.

First place in this year's KidsCan Christmas Cup Artwork Competition went to 8 year-old Stella Kim from New Brighton Catholic School in Christchurch. Stella’s design of Santa (holding a cup of coffee, of course) and his reindeer surfing by the beach won her a $1,000 Westfield voucher.

Ten students from various schools across the country also received Highly Commended awards in recognition of the creativity of their design entries.

The KidsCan Christmas Cup Artwork Competition aims to raise awareness of the work being done by KidsCan to support the education, health and wellbeing of Kiwi kids living in hardship.

The Coffee Club New Zealand has been a proud supporter of KidsCan since 2009 and has been involved in a number of campaigns and initiatives with KidsCan including The Big Night In telethon back in 2009, the Mystery Envelope Appeal, Christmas Crackers, Campbell Live Lunchbox Day Appeal and KidsCan Online Auctions. The franchise has donated more than $100,000 to the charity, KidsCan partner schools and kids in that time.

For more information on KidsCan, including information on how you can get involved either as an individual or business, please visit www.kidscan.org.nz 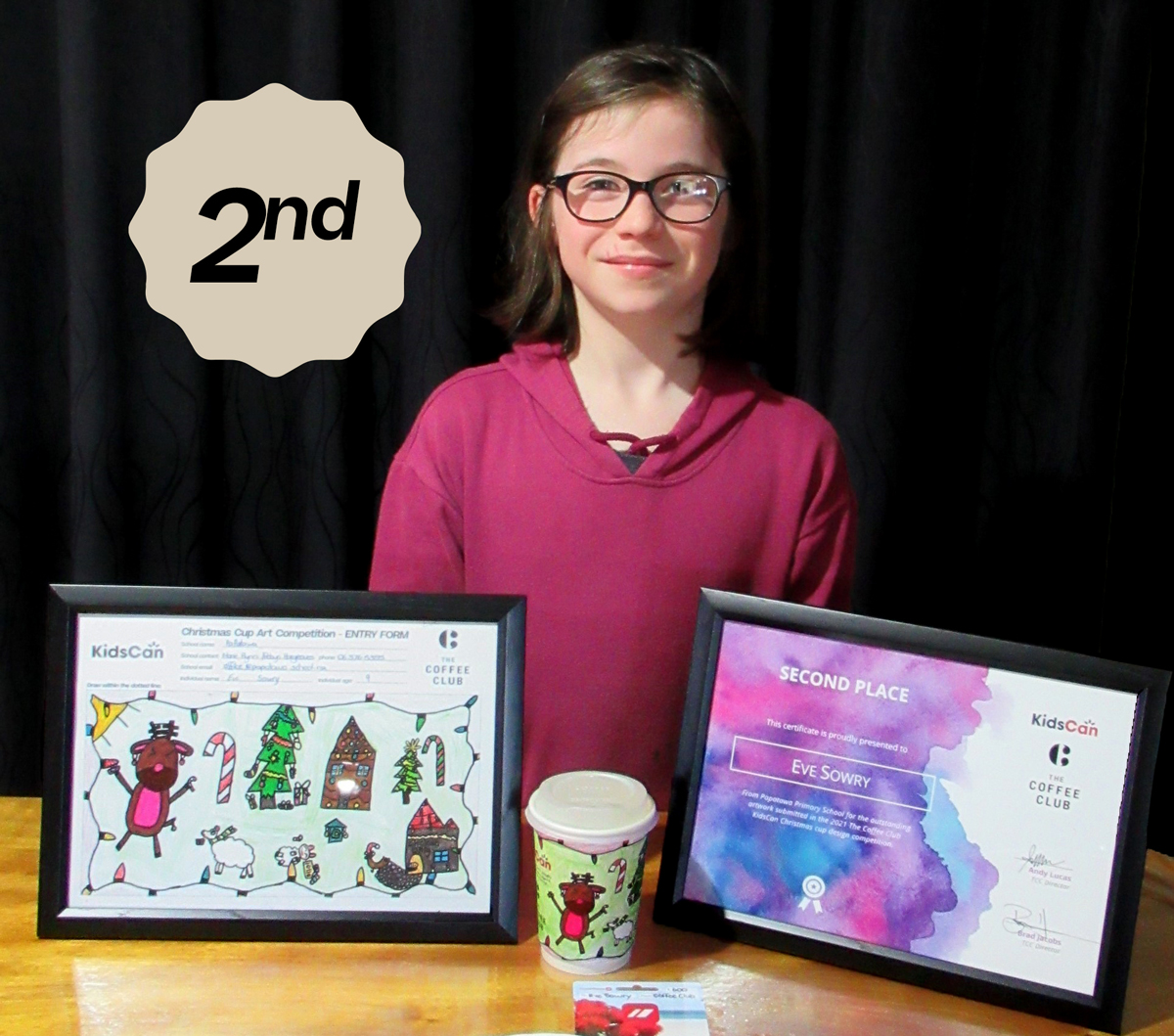 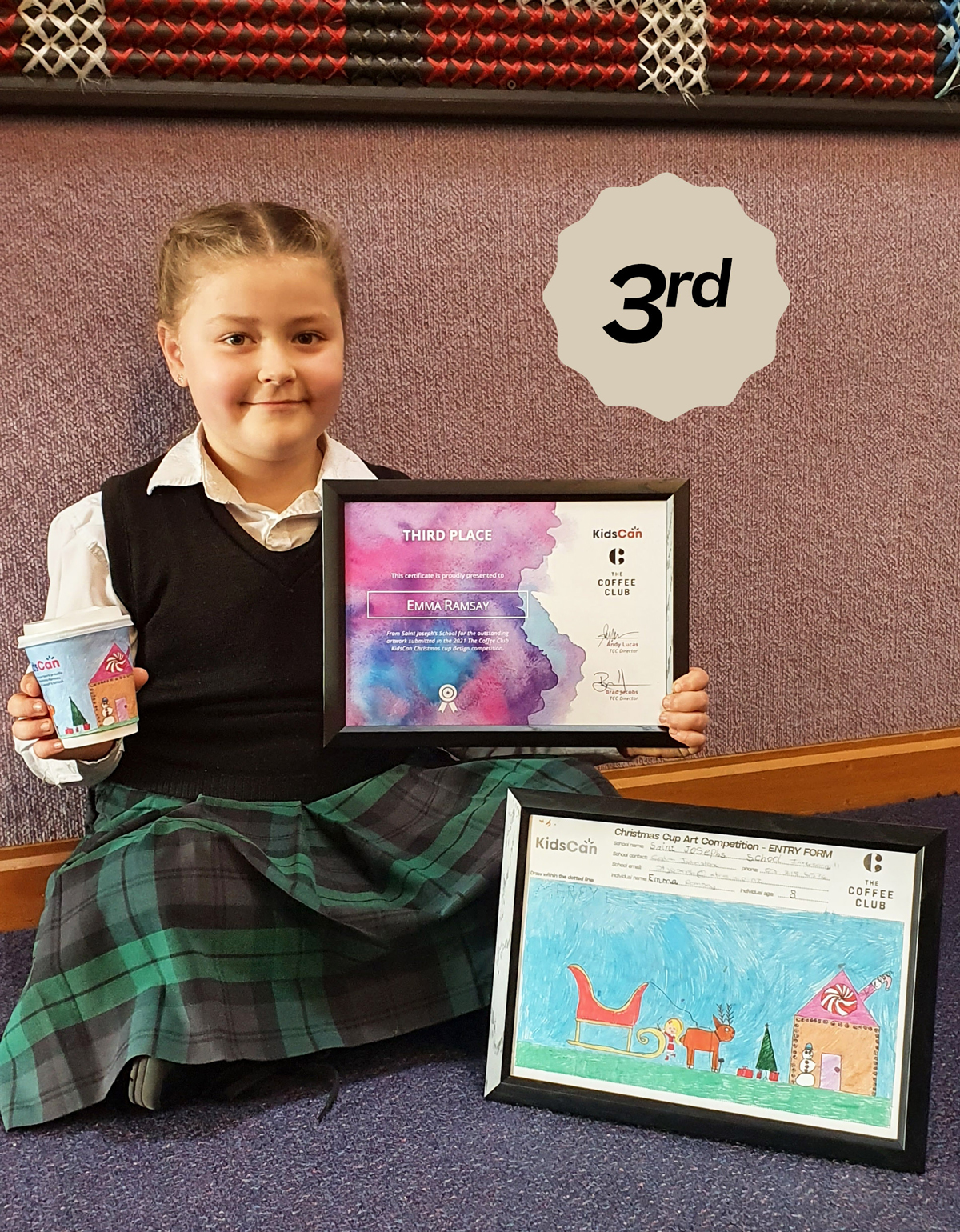 The winning designs from Stella Kim, Eve and Emma 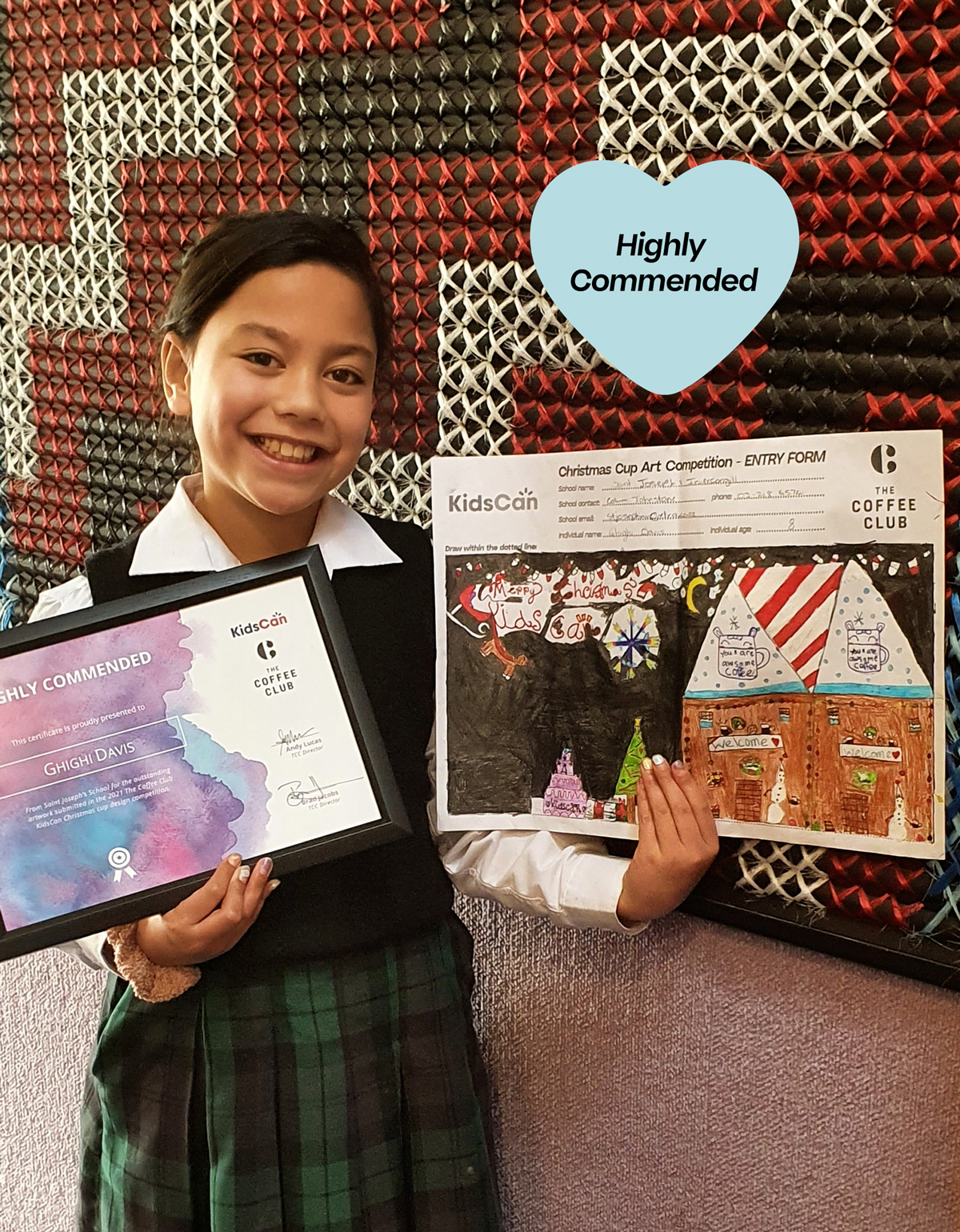 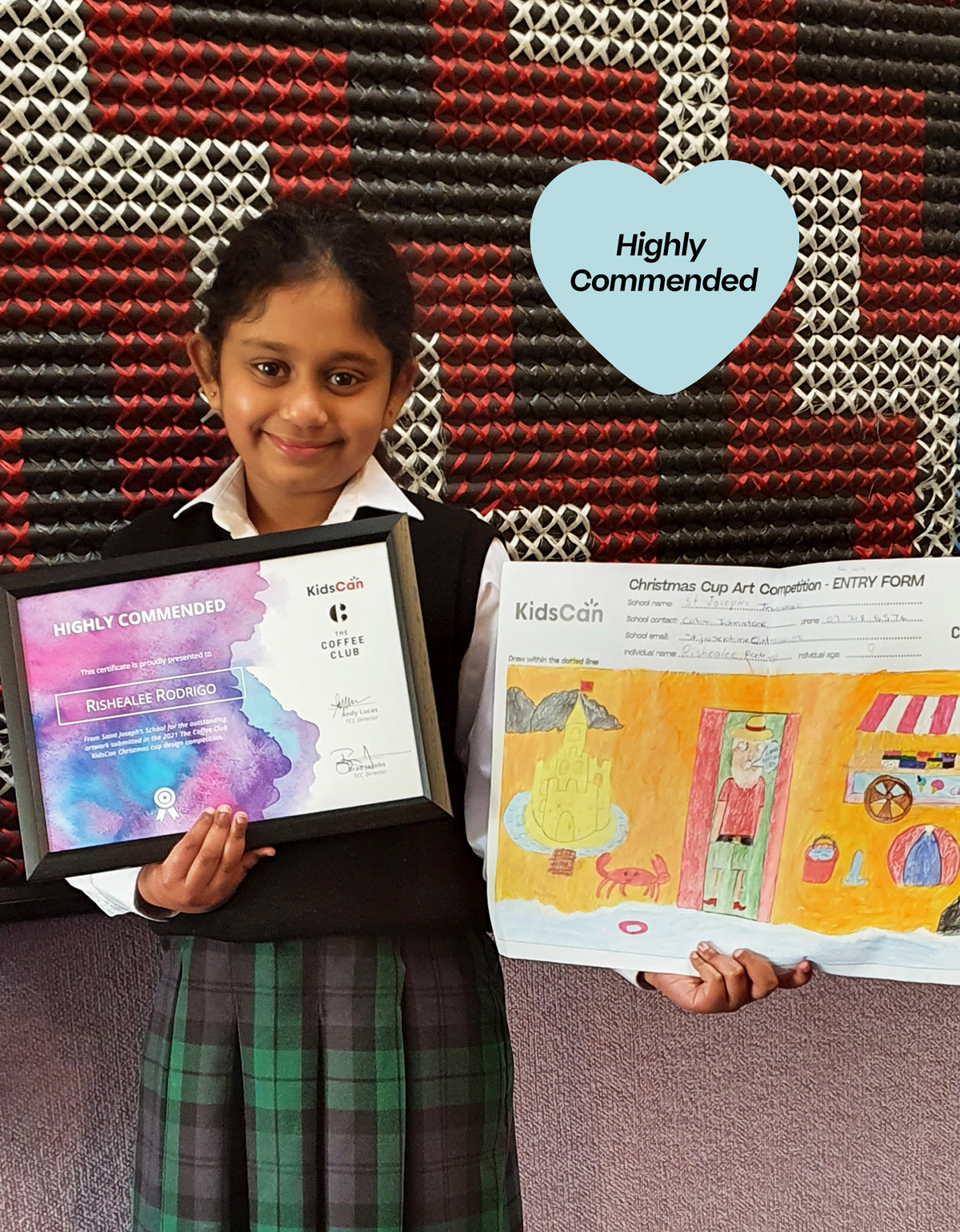