Eat Fighter: rivals co-operate in battle of the brands

In an unusual joint promotion between two rival companies, Hell and BurgerFuel are going head-to-head in ‘Eat Fighter – Battle of the Brands’. Each brand will use a hero ingredient - slow-cooked Oamaru lamb - to create a limited-time product.

The concept is a nod to nostalgic arcade gaming of the mid-90s and has been built up via social media. After a week or so of light-hearted banter back and forth on Facebook, BurgerFuel graffitied Hell’s prized 1968 Cadillac hearse, while Hell gave BurgerFuel’s Cuba Street store a devilish makeover in a late-night covert operation.

Hell and BurgerFuel both originated in 1990s New Zealand, each offering a combination of quality product and edgy marketing which established a cult following. They grew into national companies and household names thanks to their network of locally-owned franchises.

The idea for Eat Fighter was born when Hell and BurgerFuel co-incidentally released their own versions of a Reuben Sandwich shortly after Level 4 Lockdown.

Nikki Soons, Marketing Manager for BurgerFuel, says they’re leaving nothing on the table and have put forward their fiercest competitor.

‘This month we’re turning 25 years young – we’re stoked to mark this milestone by collaborating with another like-minded brand. Hopefully, we’ll tempt Hell fans to see the light and convert to BurgerFuel. In our opinion, nothing beats a burger, and we think our Roundhouse Ram will be a KO,’ says Nikki.

‘Normally we keep these secrets close to our chests. For Eat Fighter, the rules of engagement have been agreed to by both companies – including what protein we’re using – and co-designing some of the creative elements. We’re also showcasing NZ produce in both our creations, which is at the heart of what we both do,’ says Ben.

BurgerFuel’s Roundhouse Ram and Hell’s Silencer are available from today until 31 October, or while stocks last. 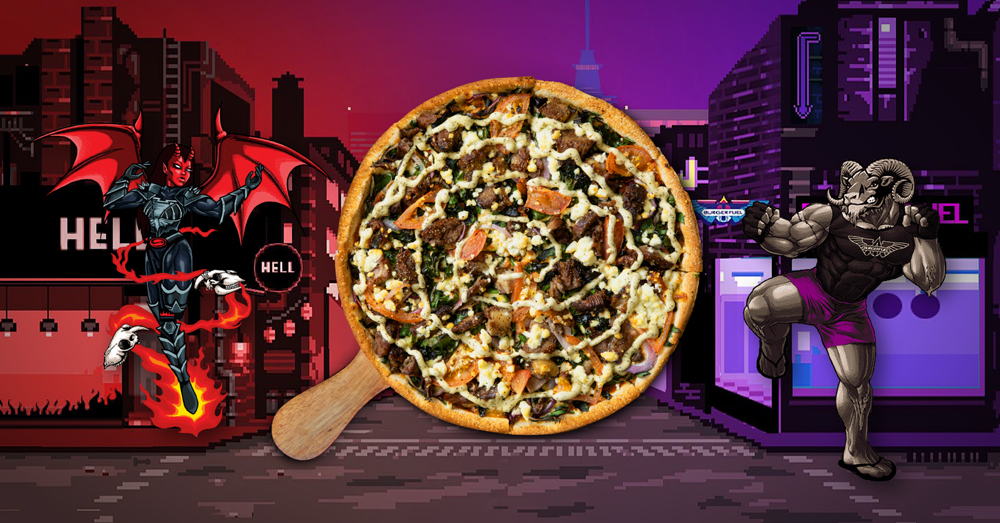 Hell has produced the Silencer of the Lambs pizza