1 February 2019 – Sometimes, it’s the unexpected things that pay off when you buy a franchise

When Antony and Toni Joll’s Speedy Signs and EmbroidMe businesses went up in flames last week, things could have been much worse.

Second, they had immediate offers of support of all kinds from other franchisees in the group, who took over orders to ensure that, for their customers at least, it was ‘business as usual.’

And third, they’d followed best practice when it came to disaster preparedness.

‘Every time we open a store, or train a new franchisee, we emphasise the importance of backing up data, the need to have appropriate insurance and the importance of keeping policies up-to-date,’ says Sarah Archibald, Franchise Development Manager of Business Franchise Group, which is the New Zealand master franchisee for both Speedy Signs and EmbroidMe.

‘Antony and Toni have been with us for 15 years and had taken care to have all the right things in place – in fact, this was a text book case of how to do it right. As a result, although it looks a total mess right now, their business will survive and rebuild.

‘The fire also reinforces the power of being part of a group as opposed to an independent business.  I got goosebumps reading the offers of empathy, help and support that came flooding in from the other franchisees.  Speedy Signs/EmbroidMe truly is a family, and within 24 hours customer work was being completed by other stores in the network.’

Their preparedness and the support they received has enabled the Jolls to start looking to the future already. With the massive re-building job ahead, they’ve decided to focus on just Speedy Signs going ahead, meaning that the opportunity exists for a new owner to purchase the EmbroidMe franchise for Hamilton. ‘We’ll set that up in a new location with all-new equipment, but with the advantage of an existing customer database – so if you're interested, contact me,’ says Sarah. 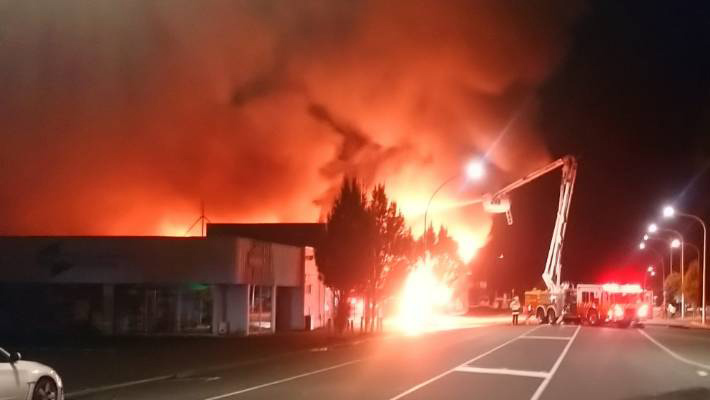 11 fire crews battled the blaze, which is being treated as 'suspicious' 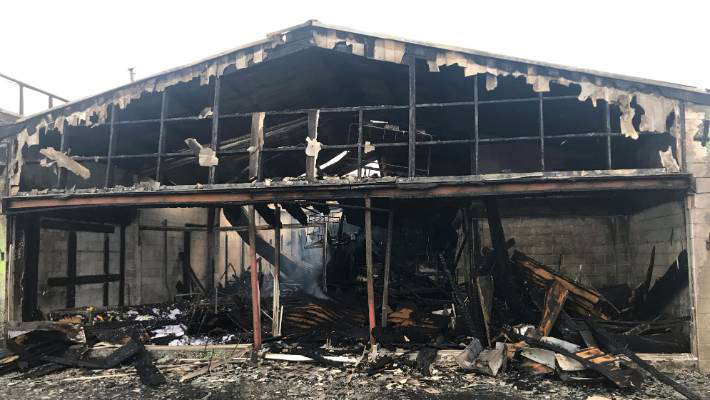 Good systems and help from other franchisees mean that while the building was gutted, the Jolls' business will survive
Previous Next