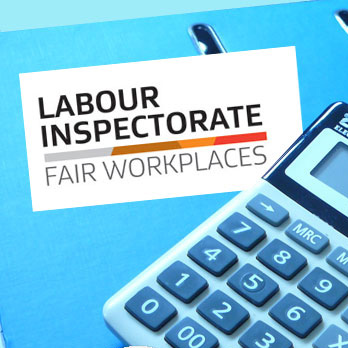 Increasing investigation of employment law breaches has seen a business owner sentenced to two years’ imprisonment as a direct result of not complying with employment legislation. Another business owner was recently made to pay $200,000 for employment breaches. Meanwhile, the MBIE’s Labour Inspectorate has introduced a public ‘name and shame’ list of employers who are now banned from recruiting migrant workers for varying periods. To date, there are already over 150 employers who appear on this list, including at least one company operating under a franchise agreement.

‘We are now seeing Labour Inspectorate personnel carry out more audits, more frequently and at random on SME businesses,’ notes Thai Anh Cooper, who specializes in franchise employment and compliance issues as owner of the in2HR consultancy.  ‘It’s fair to say that franchises are particularly at risk because of the publicity value attached to a ‘big brand’ conviction, even if it’s only one franchisee who is in breach. The consequences for other franchisees could be considerable.’

This should come as no surprise. New penalties for breaching employment and immigration laws were announced last year under the previous government, leading to warnings from the Labour Inspectorate that it would be becoming more active in this area. It seems likely that the new government, which has more of a focus on workers’ rights, will continue to back such action, and that unions will also support it.  Immigration and Workplace Relations Minister Iain Lees-Galloway told Parliament last week that the government will be initiating an inquiry into migrant exploitation.

While franchising in New Zealand has not faced anything like the 7-Eleven scandal which has rocked Australia, New Zealand franchisors were warned last year that franchises would be included in investigations and that it was time for them to ensure that franchisees were compliant with employment law. The Franchise Association has held a number of events to help educate the sector, and a proposed amendment to its Code of Practice would further emphasise the importance of franchisee compliance.

‘The consequences of breaching the laws are significant, whether you’re a franchise or not,’ says Thai Anh. ‘Not only is it damaging to your reputation – there is also a financial penalty and your ability to recruit migrant workers is heavily restricted. Finding suitable staff is a constant challenge for many small businesses, so this could have a big impact on companies that are heavily reliant on migrant workers. The list is publicly available, and I have seen potential superstar employees turn down employment offers because an employer is on it. That may well apply to prospective franchisees, too.’

With joint employment legislation already taking effect in Australia, Thai-Anh is encouraging all franchises to take the time to educate their franchisees on all their employer obligations, from visa status and minimum wage to holiday pay. ‘We have seen multiple cases where even experienced franchisees are not fully aware of their employer obligations,’ she says. ‘This has cost them thousands of dollars. One, despite a lengthy tenure, was unaware that he had to pay his employees for public holidays even though his store was closed on those days.

‘With all the challenges that business owners face today, it’s important to mitigate the risks for franchisees, their colleagues and the brand as a whole. Providing proper education is one area where a franchisor can offer a real advantage.’