Updated 27 October 2017 - Pre-election uncertainties caused a slow-down in business confidence which extended into the post-election period. How will the announcement of a Labour-led government affect that? 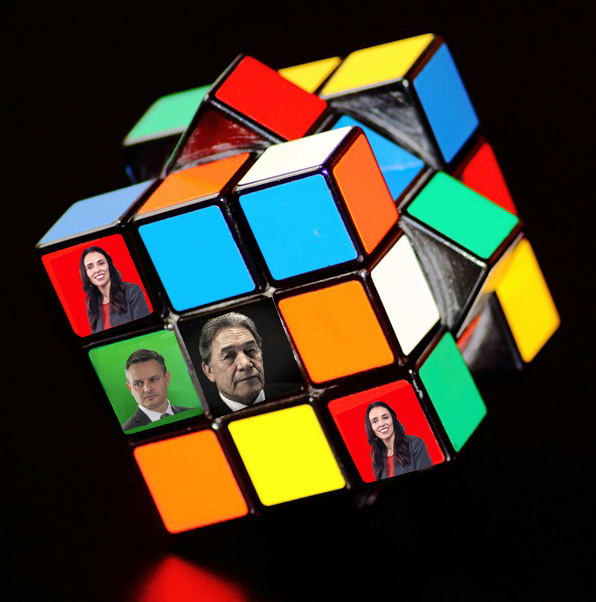 Uncertainly leading up to the election and during the protracted coalition negotiations caused a general decline in business confidence in recent months. The ANZ Business Outlook decreased to a net 0% in September (down from 43% in June), while the NZIER business survey decreased significantly from 18% in July to a net 7% in October. The quarterly Franchising Confidence Index showed franchising wasn’t immune, either, despite the very positive results of the recent Survey of Franchising.

That uncertainty looks to continue for a while following the announcement of a Labour-led government yesterday. The business and finance communities generally prefer stability to change; however, it remains to be seen how quickly things will settle down and everyone adjusts to the ‘new normal’. Early indications are that there are no over-reactions from the local and international markets, although commentators and general media are screaming with click-bait headlines.

It is possible to find both positives and negatives in the policies known so far: reduced immigration may increase staffing shortages and, in a few sectors, impact upon franchise sales; the building of affordable housing may continue the building boom once the rebuild of Christchurch tails off; and there will be more stimulus for the regions, increasing opportunities outside the main cities. The cancellation of National’s proposed tax cuts is likely to have less impact on consumer spending than the imposition of new taxes would. However, the already-announced increase in the minimum wage is causing concern, especially in the hospitality sector. It remains to be seen how franchisors and franchisees will cope with the increase; the fact that it is industry-wide may give franchises an advantage over independents - or it may not.

New Minister for Workplace Relations & Safety, Iain Lees-Galloway, confirmed what Jacinda Ardern said in an interview following her swearing-in – that the coalition Government didn't intend to leave small business in the lurch. 'We want to make sure people are paid more – enough to live on – but we appreciate the impact this will have on small business,' he told Stuff.

Lees-Galloway said the Government was looking into what they could do to help small businesses adjust, as part of their tax review. A possible option was a lower company tax rate for businesses under a certain level of turnover. See more on this issue.

Any such assistance would certainly be welcomed, as long as it applied equally to both franchised and non-franchised businesses - in 2014, a new minimum wage regime in Seattle saw independent business given seven years to implement a new law while franchised businesses were given only three years. Read more.

Franchisors and advisors will also be keeping a close eye on any moves to joint-employer legislation (as recently enacted in Australia) and any suggestion of applying capital gains tax to business sales. However, Labour’s Tax Working Group’s primary focus seems to be property speculation. Reducing the returns available from property could work in franchising’s favour by encouraging people to invest in themselves rather than bricks and mortar.

Two other aspects of interest are the intended clamping-down on international companies diverting profits ­– something which would help franchises compete on a more level playing field – and the proposed referendum on the legalisation of cannabis. A franchise called ‘Switched-On Gardener’ was created many years ago in anticipation of such legislation, but proved to be somewhat ahead of its time (and resulted in some of those involved actually doing time). It remains to be seen how the Coalition would square a 'yes' vote in the legalisation referendum (to be held by 2020) with the goal of a Smokefree Aotearoa New Zealand by 2025 ...

Franchize Consultants’ October 2017 Franchising Confidence Index is a regular measure of Franchisors’ and Service Providers’ expectations for the next 12 months. The latest Index, released the day before the announcement that Labour would lead the next government, shows sentiment towards general business conditions over the last quarter declining among both Franchisors (from net 26 percent to net 3 percent) and Service Providers (from net 43 percent to net 13 percent).

The survey was conducted between Monday 2 October and Friday 13 October 2017, while coalition negotiations were in full swing, and Dr Callum Floyd of Franchize Consultants suggests that it also reflects continuing international uncertainties (such as Donald Trump, North Korea and Brexit).

Franchisor sentiment for franchisor growth prospects and access to suitable franchisees dipped markedly. Sentiment towards access to financing was affected less negatively, although it remains a challenge, while the issue of accessing suitable locations actually recovered to positive after a dip in July. Finding suitable staff has also been a challenging area: however, this quarter it is one of the few areas where positive gains are evident, rising from a net negative 32 percent to net negative 14 percent among franchisors.

Finally, Franchisor sentiment towards franchisee profitability levels, which are a strong indicator of the economic climate, took a dip for the second quarter to net 7%, down from a July net 18%. Equally, a very positive increase in July for Service Providers was reversed to net negative 7%; a drop of 36 percent which may again reflect election jitters. Dr Floyd points out that similar dips in general business confidence have occurred in previous election years (notably in 2011 and, to a lesser extent, in the less hotly-contended election of 2014).

As always, Franchisors were asked for qualitative responses on how things were looking in their sector. Positive comments tended to be industry-specific with flattened, although still positive, sales levels and a strengthening in availability of suitable staff and suitable locations. By contrast, less positive responses (often individual) included references to increased operating costs, finding franchisees, competition, legislative headaches, and the impact of an unknown Government.

Dr Floyd concludes, ‘Increasingly, as indicated in the wider business press for business generally, franchisors need to take an active role in adapting and future-proofing their franchise systems – in an environment with many forces of change, like employment, technology, competition, access to capital, legislation and, as is currently seen, the government.’