Every business gets asked to support charitable causes. How do franchises choose what to support?

In among the usual mix of news articles, good advice and the occasional dire warning, three particular stories have attracted a lot of attention on our website recently.

The first was the news that Hell had raised $48,603 for Camp Twitch by donating a dollar for every double pizza sold in one of the busiest weeks in Hell’s history. Camp Twitch is an annual event for sufferers of Tourette’s Syndrome.

A ‘swap a handbag for a free facial’ promotion saw Caci clinics donate 1,040 handbags to Dress for Success, whose mission is to help women achieve economic independence by providing the skills, confidence and professional attire they need to get back into the workforce.

And The Coffee Club raised $30,000 for the SPCA through turning Cupcake Day into Cupcake Week, with cafés throughout the country baking specially-decorated cupcakes to raise money for the cause.

According to the 2017 Survey of Franchising, almost a quarter of all franchises in New Zealand contribute over $100,000 each to charities every year. It’s appropriate, then, to look behind the scenes at how franchises choose their charities and how franchisees get involved in helping the communities they serve.

‘We were already doing a lot of good things in the community but we weren’t good at communicating it, so we realised we had to tell people about those things.’ That turned into Satan’s Little Helper, a programme which asks Kiwis to nominate kids who, for whatever reason, are going through Hell.

‘From the Satan’s Little Helper website, we get a steady stream of requests for help every week. Going through the stories is a little bit draining, to be honest and we’ve been in tears at times. A lot of the time we can only make a gesture and we worry that giving a family a little treat like a day out when they’re facing a terminal illness might feel like an insult. But we can’t cure cancer.’

What an established franchise like Hell can do is look for opportunities to change young lives, and that’s how they came to get involved with the Tourette’s Association. ‘Someone nominated a family who needed some help to go to Camp Twitch, and we learned all about it from them. As well as providing financial assistance, we offered to take our caravan along and give the kids the opportunity to learn to make pizzas. It was all grass roots stuff, then we found out that TVNZ were making a documentary. We created a special week timed around the screening of that programme to raise funds so that everyone could go to this year’s camp for free.’

For The Coffee Club, it was the franchisees who put Cupcake Day on the agenda. ‘The SPCA has run Cupcake Day for a number of years and ten or more of our franchisees were highly engaged at a local level,’ says Andy Lucas, co-director of The Coffee Club NZ. ‘We already supported Blue September (men’s health) and KidsCan (children living in hardship), but as the business has grown throughout New Zealand we wanted to increase the support we give back to the community even more.

‘Cupcake Day was a big fundraising day for the SPCA but they’d never had a national sponsor before, so they put together a package for us. We guaranteed a minimum amount, which was partly raised in store and partly funded from corporate. The amount of marketing we needed to put behind it meant that it would be too much effort for just a single day, so we turned it into Cupcake Week.

‘The idea of making decorated cupcakes in stores was something we could have a little bit of fun with. This first year was something of a test for us so we didn’t put too many restrictions round it. We sent out a list of recipes, some decorating ideas and a few tips, then let the franchisees get creative. Some sold in-store only, some had stalls outside and some were going out and selling around the community. Rather than cannibalising sales, it actually attracted extra customers. People were ringing up and ordering boxes of cupcakes for morning tea because we had something different.’

Caci is part of the FAB Group, which has carried out various charity partnerships for some time across its clinics and skincare and cosmetics brands. ‘Last year, we decided to pool our efforts across the group and set up The Confidence Project to find suitable charities to work with nationally,’ explains Chelsea Cresswell, the Group’s Marketing Communication Executive. ‘Our business is driven by women: we employ over 200 women and 90% of our customers are women. We believe that investing in women’s confidence has the power to drive economic growth and strengthen families and societies, so Dress for Success was a perfect match.

‘Handbags are a vital part of any woman’s interview outfit, and Dress for Success are crying out for good handbags. Because our franchisees were already familiar with the aims of The Confidence Project, they came on board fast. We planned it so that the campaign fitted into a gap in our marketing schedule so it wouldn’t clash with other activities, and encouraged franchisees to make contact with their local Dress for Success office and discuss ideas. One franchisee in Christchurch held a handbag party, invited along clients and their friends and the local Dress for Success people, too. They raised 74 handbags in that area alone!’

When a franchisee takes an idea and runs with it like that, supporting a charity can create a real buzz in a business – but it can also be disruptive to everyday operations and distract from running the business itself. To avoid this, Ben, Andy and Chelsea all agree that it’s important to make things as easy for franchisees to implement as possible.

‘Donating a dollar per pizza is a simple thing to organise that doesn’t really require franchisees to do much,’ says Ben. ‘But they needed to be very aware of the campaign and to be able to respond to questions, because people were coming in from far and wide after the documentary aired. Other customers that week didn’t know about Camp Twitch so they needed to be told that they’d made a contribution, then would want to know what it was. We had a big education campaign for franchisees and staff through our intranet and our area managers.’

Andy says, ‘You always have to be mindful of the operation of the business. With Blue September, the aim is to help raise awareness of prostate cancer so we do mostly posters and table cards. For KidsCan, we replace our standard takeaway cups and napkins with special Christmas designs created as part of a national kids’ competition. Cupcake Week meant making different products, but we are a café so it’s not that hard. It was fun and exciting, gave everyone an outlet for a bit of creativity and created something to talk about with regular customers as well as new ones.’

Giving away a service, as Caci did, is clearly potentially more disruptive – and costly – but Chelsea says that it hasn’t been a problem. ‘Franchisees gave a free facial voucher in return for every handbag donated, so we weren’t doing a thousand free facials in a fortnight. Some vouchers went to people attracted by the promotion; others went to existing clients who passed them on to their friends, so we reached a lot of potential new clients.’

So how do franchises evaluate the effectiveness of any charity-related campaign? Ben and Andy both comment that, for them, it’s important to work with a charity that is small enough for their support to make a real difference. The Tourette’s Association, for example, was run by just one very committed lady until Hell got involved.

‘You do have to consider the commercial side, of course,’ says Ben. ‘Does this activity help you gain positive publicity and will it help increase sales? But you also need to ask, do we feel good about being involved with this cause and is the charity as enthusiastic about supporting us as we are about supporting them?’

Andy says The Coffee Club doesn’t need a direct return on investment if they can see that their actions are contributing to the community, but they do measure the impacts carefully. ‘There are lots of different levers: customers through the door, social media comments and shares, media coverage – they all add up. As long as franchisees, their staff and customers are engaged, you’ll get a very real return at store level.’

By giving out vouchers, of course, Caci can measure redemption rates and new client generation, but media coverage is also important. With 40 clinics around the country, a lot of regional newspapers picked up on the handbags campaign as well as national women’s magazines, and professional and social media. By all measures, the ‘Swap a handbag for a facial’ campaign was a success.

‘And people got really involved,’ Chelsea says. ‘We found little notes in some of the handbags saying things like, “I took this bag to my first interview and I’ve now been in the job for ten years, good luck!”

‘I think it’s important for a company to have something to work towards above and beyond the everyday activities – it helps everyone think differently. It’s not just good business – it’s good for the soul.’

This article appeared in Franchise New Zealand magazine (Year 26 Issue 3). Read the entire article in the digital magazine or, if you live in New Zealand please send for your free print copy. 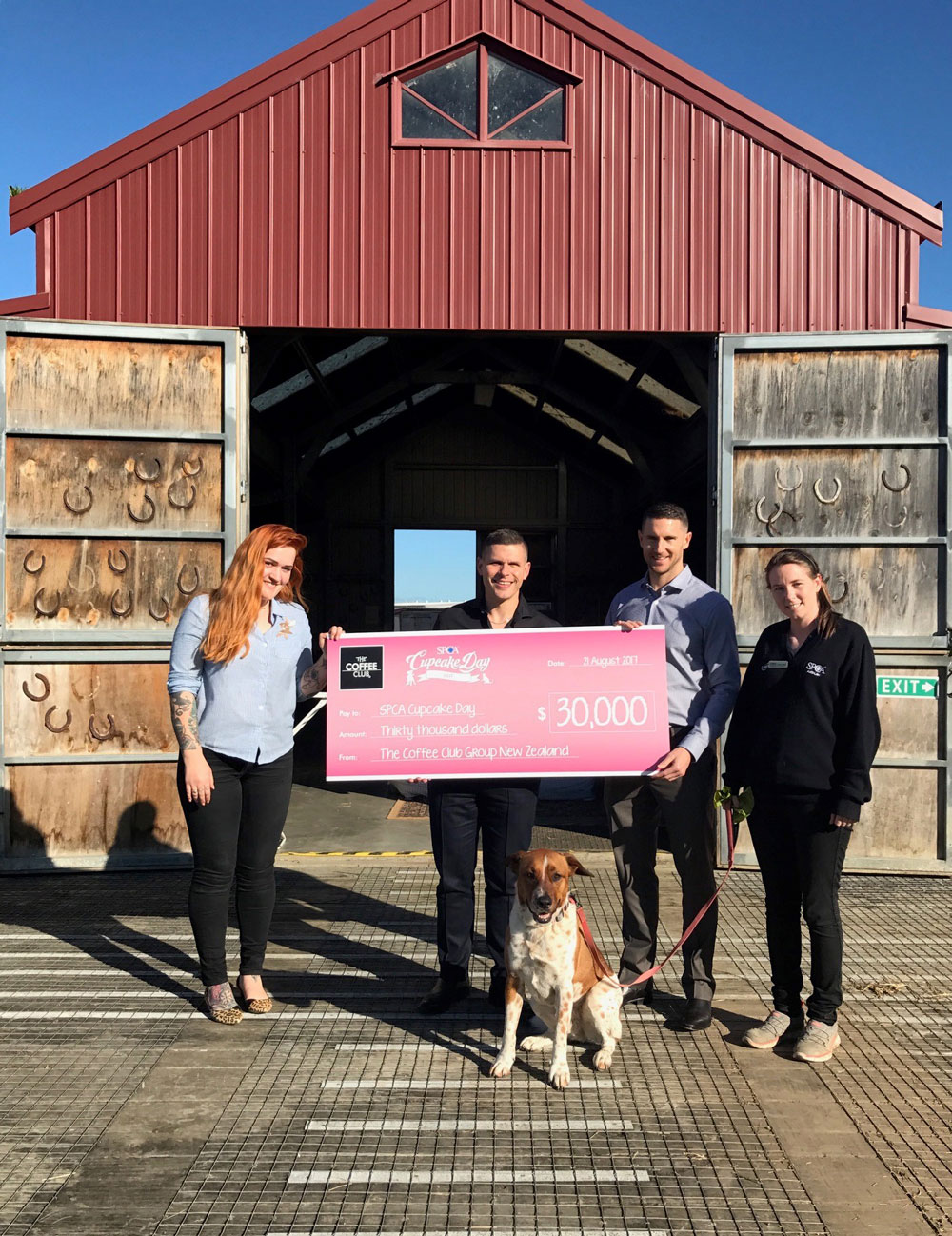 The Coffee Club presented a $30,000 cheque to SPCA after their first successful Cupcake Week 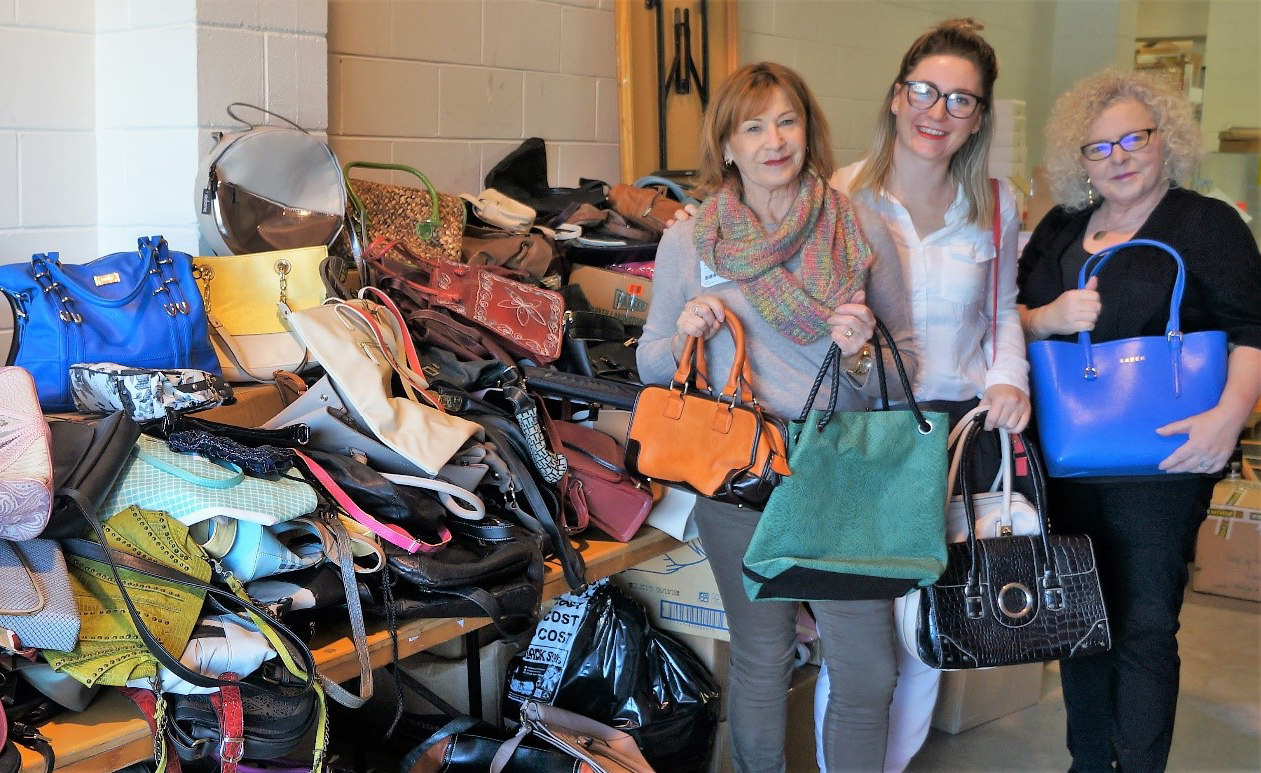 Chelsea Cresswell (centre) of Caci with the Dress for Success team - and some of the 1,040 handbags collected for the charity 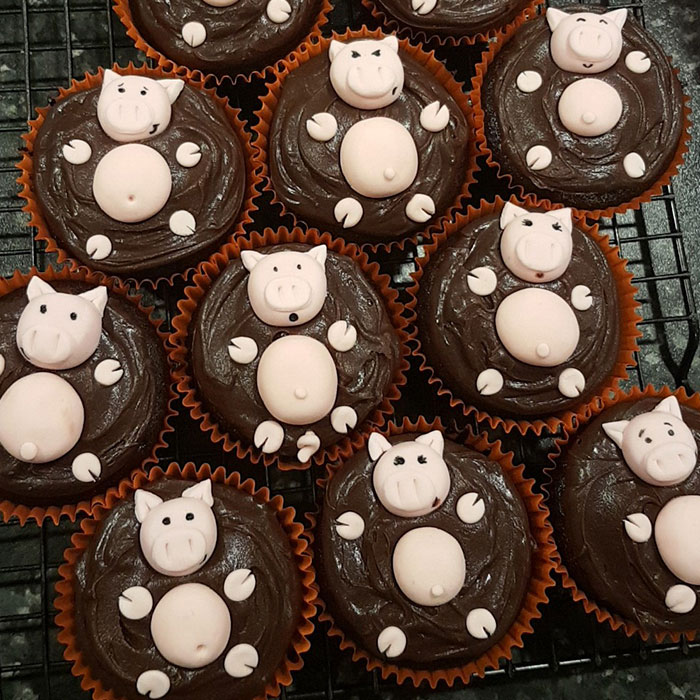 This pic isn't in the magazine because of space, but we loved the marshmallow pigs cupcake design so much that we had to include it here.
Previous Next