A franchisor and a banker have been elected to the FANZ Board. Together, they bring over 40 years of franchise experience to their new roles.

Sarah Archibald is Franchise Development Manager at Business Franchise Group. Sarah and her husband Grant brought the Speedy Signs and EmbroidMe brands to New Zealand as master franchisees 20 years ago, and have developed almost 40 franchised outlets here. Although based in Auckland, Sarah is originally from Rotorua.

James Philips is Head of Franchise for ASB Bank, and has specialised in the franchise sector for nearly 20 years. He brings thorough knowledge and extensive relationships across the franchise sector and its varied markets. James' experience enables him to recognise and promote the characteristics of successful franchise systems through sharing best practices to his clients.

Sarah and James fill two vacancies created by outgoing Board members Glenn Tasker (also of ASB) and Ian Robertson of Tasman Insulation (PinkFit). Dr Callum Floyd of Franchize Consultants was also re-elected to the Board.  The election of Sarah means that there are once again three women on the Board of seven, with CEO Robyn Pickerill evening the score.

At the first Board meeting following the AGM, Brad Jacobs was re-elected as Chairman and Callum Floyd as Vice Chairman.

The full Board is:

The Chairman and Vice Chairman for the next year will be elected at the first meeting of the new Board. 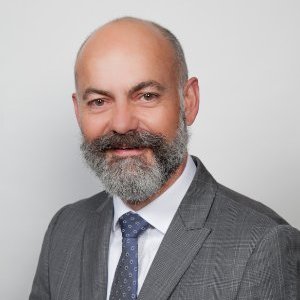 Banker James Philips is the other new Board member