Two long-standing contributors to the growth and professionalism of franchising were honoured at the Westpac New Zealand Franchise Awards tonight. Kevin Connell joined Wally and Hugh Morris and David McCulloch in the Franchising Hall of Fame, while Rory MacDonald was awarded Life Membership of the Franchise Association of New Zealand.

Kevin Connell is a name that will be unfamiliar to many but as scrutineer for the Franchise Association since 2002, he has provided valuable assistance to every new member, guiding them through the sometimes complex process of becoming compliant with the Association’s Code of Practice with patience and good grace. He is also chairman of the FANZ Complaints Panel.

Born in Ashburton, Kevin spent 39 years with National Bank, including spells in London and Iran. He led the establishment of the bank’s specialist franchising division in 1996 and continued to act in a consulting capacity after leaving the bank. He has since held senior governance positions in several New Zealand franchises, as well as putting in place structures to help resolve franchisor/franchisee relationship issues.

Kevin has a reputation for being firm but fair, and the integrity he has brought to his many roles in franchising over 20 years have contributed greatly to the growth of ethical franchising in New Zealand – the most franchised country in the world.

Read about the Franchising Hall of Fame

Rory MacDonald has been made a Life Member of the Association. Rory is an Auckland lawyer with a strong focus on franchising who has practised here and in Australia for 45 years. He is a passionate supporter of those who have been wronged and has always fought for what is right, particularly on behalf of franchisee clients who are sometimes regarded as the underdog.

Rory has been a member of the Franchise Association since its inception in 1996 and has supported FANZ and its members in many ways over the years, including acting as its Honorary Solicitor for a short time. He is well known in the legal community for giving generously and selflessly of his time as well as for his warm nature and trustworthy disposition. Since founding his own firm in 2000, Rory has shown an unwavering willingness to mentor other lawyers in the franchise field and share his knowledge and insights.

Read more about the Life Members of FANZ 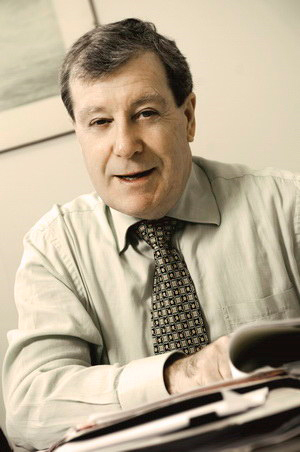 Rory MacDonald has been made a Life Member of the Franchise Association of New Zealand in recognition of his long support for franchising.