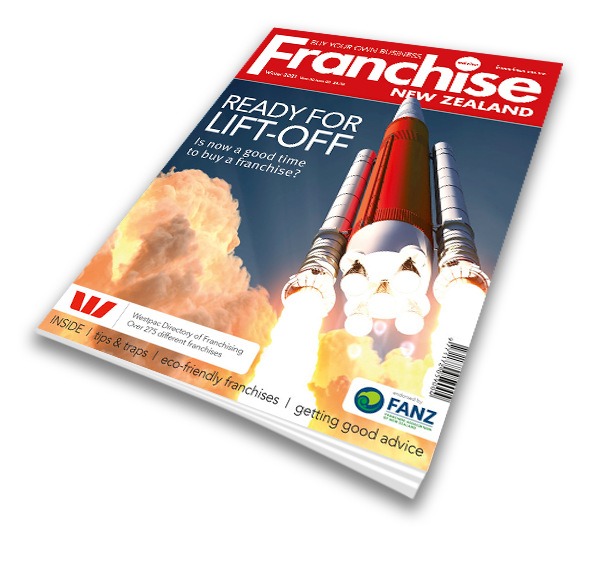 How can buying a franchise help you to achieve the goals you have for yourself and your family?

Owning your own business is about more than money or lifestyle. For some people, it’s about getting a better education for their children, or living how or where they want. For others, it’s about healthy living, overcoming setbacks or investing for a financially-secure future.

To find out more, we talked to four franchisees in two very well-established New Zealand franchises – CrestClean, which is celebrating its 25th anniversary this year, and Rodney Wayne, which has been franchising for over 30 years.

A better future for your children

Growing up in the tiny island nation of Kiribati, there aren’t a lot of prospects for young people. ‘When you finish school, it’s hard to find a job,’ says Teneaki Nawaia. But she and husband Francis transformed things for their family when they came to New Zealand and bought a franchise. ‘One of our sons is graduating from AUT next week with a degree in accounting, our second daughter is at Massey University and plans to become a teacher, and we are buying our own brand new house in Wellsford. Our dreams have come true!’

Life started to change for the couple when they were one of just 70 Kiribati families to win a ballot giving them the opportunity to live and work in New Zealand. Until then, Francis had been working as a deckhand on cruise ships, away for up to 18 months at a time and leaving Teneaki to raise their eight children largely on her own. The move meant splitting up the family, with just the two youngest children accompanying them for the first two years. ‘They went to school, we went to work,’ Teneaki laughs. ‘I was a caregiver in a rest home and Francis worked on a farm, both low-income jobs, so we also did a part-time cleaning job, but it was still hard.

‘One of my relatives was a CrestClean franchisee and she said we could make more money by owning our own business. The rest of our children had now come over and we needed extra income to support them, so we saved up bit by bit until we could join the franchise on a part-time basis in 2010. It was hard work at first – I was working night shifts as a carer and sometimes I would come home, change uniforms and go straight out cleaning – but it grew and after five years we quit our other jobs to work full-time on our own business. That was in 2015 – now we have 21 clients, are working around 20 hours a week each, and are making much more money.

‘We have had so much support from CrestClean. Neil Kumar, our regional manager, not only found our clients for us but understands our goals – he is the one who suggested buying our own house rather than spending money renting, and even helped us find properties. We are so grateful!’

Where do you see yourself in five years?

Malcolm Brown knows all about buying houses – he and his wife Shashi own four of them in the Bay of Plenty. It’s a big turnaround for a man who had to start again financially when his first marriage ended after 26 years and he had to sell his his previous four properties. But six years ago he married Shashi, five years ago he bought his CrestClean franchise, and it’s been all go ever since.

‘I was a sales rep for 17 years, always on the road and paid on commission,’ he recalls. ‘I did well – I’ve always been very goal-motivated – but I absolutely hated it. Shashi is also very driven, so when we got together 10 years ago we moved to Tauranga and she set up a hairdressing salon there. Once it was self-sufficient, she said it was my turn.

‘Over the years I’ve learned that if you are going to do something, aim for the best so I looked around and decided CrestClean was the opportunity I was looking for. They’d set up the business for me, find the contracts, handle the health and safety and insurance angles and provide all the back-up and support I needed. I talked about it with Jan Lichtwark, the franchise’s regional manager in Tauranga, and he asked me, “Where do you see yourself in five years?” I told him I wanted more houses and a bit of time on my hands – and I’ve got both.

‘I bought a $60,000 business and I’m now doing over $100,000. I could employ people and get more work if I wanted, but this gives me time to do up the houses I buy. The businesses provide the cashflow and the banks like the stability that the franchise provides with regular contracts. Everyone needs a place to live, so it’s a matter of getting good tenants then looking after them so they stay. Each payment I receive I put a little bit aside and that helps fund the next house.’

I have no regrets at all

Pradeep Chauhan’s wife Kanan is a hairdresser too, but he admits it’s not a business he knew anything about himself before they joined Rodney Wayne in 2000 – now the couple own three salons. ‘I studied in Auckland, then I ran an IT school in Fiji before we married and returned to New Zealand in 1994 for our children’s education. We ran a restaurant for five years before selling up and wondering what to do next. Kanan had trained as a hairdresser and suggested we buy a Rodney Wayne.

‘We went to talk to them and were sold on the business within fifteen minutes. Although we’d been in business as independents, we felt the support of the franchise was very attractive –­ the brand was so well known and offered very good purchasing power, which is always valuable when you are starting up.

‘To be honest, I planned to help my wife get established in Birkenhead then move on to a new project after six months or so, but 20 years later I’m still here and it’s never been boring. We added a second salon in 2005 and a third in 2010, but they were a bit spread out, so we sold the original one and opened another in 2015.

‘Along the way, we’ve had time to spend with the kids as they grew up, go to sports with them and also bring them up in a professional environment and help them set their own goals. Now our son has two degrees and his own home, and our daughter is a Chartered Accountant. They wouldn’t have had these opportunities in Suva. I have no regrets at all.’

Tency and Joseph Sabu have no regrets either – both their children have earned engineering degrees from Canterbury University and are now at the start of very promising careers. That’s no surprise in some ways – Joseph was a mechanical engineer back in Kerala before an illness left him with a brain injury which prevented him from continuing his management career as head of a large firm in India. As Tency was an experienced senior nurse, they chose to move to Dunedin in 2002, determined to do the best they could for their family after their bad luck.

‘At first, it was really hard,’ Tency confesses. ‘My husband had communication problems and couldn’t study any more, so he was working in supermarkets for minimum wage while I was nursing. We had a mortgage to pay off and two highly academic children to support. We looked at franchises but I couldn’t risk leaving my job. Then we met a young couple from Kerala who had bought a CrestClean franchise and were really flourishing. I thought this could be something for us – Crest supply the contracts, Joseph could do the physical work and I could do the communications while still working full-time. But it’s not just about money – it would also bring Joseph more security and happiness to be able to put his illness aside and be proud of his business.’

The couple bought a franchise, starting with just one client and growing slowly over the first year. ‘We took the advice of our regional manager and chose the contracts we wanted, mostly schools and kindergartens so there would be school breaks and we could take some rest. It was hard work but it suited us because I could also apply for annual leave to help with the cleaning during term time. It was stressful at first because it was all so new to me, and it took time to work out what Joseph could and couldn’t do, but Crest were very understanding, very helpful, and we grew to have three employees and earn very well.

‘Yes we worked hard and in the beginning we came home with aches everywhere, but I found there was a wonderful medical remedy for that – you go online and look at all the money in your bank account and the aches just disappear!

‘When they went to Canterbury University, we moved too and were able to continue in the franchise – it is very flexible. We supported the children with food and accommodation through university so they only needed student loans for tuition fees. Now we have a brand new home which we will pay off in three more years. I still have my nursing career but we have cut down on the hours now and we are free in the mornings. It’s very satisfying – we sit in the lounge with a coffee, smile and say, “We did it!”’

You can do it too

What advice do these franchisees have for anyone else who is looking to change their life for the better?

Malcolm agrees. ‘Decide what your goals are and share them with the franchisor, so they can help you build your business in a way that will achieve what you want.’

Pradeep says, ‘Remember that every business will have its ups and downs. The great thing about a franchise is that you are part of a family – there are other people there to support you, and you can solve problems as a group. But don’t rely on the franchisor to do everything for you ­– you have to use your own initiative too.’

And Teneaki has the simplest advice of all: ‘Do what we did –­ find a good franchise that works for you, then work hard for yourself. We encouraged our daughter and her husband to join a franchise with CrestClean and they have already bought their own house – and our nephew has done the same, too. It is a very good way to change your life.’ 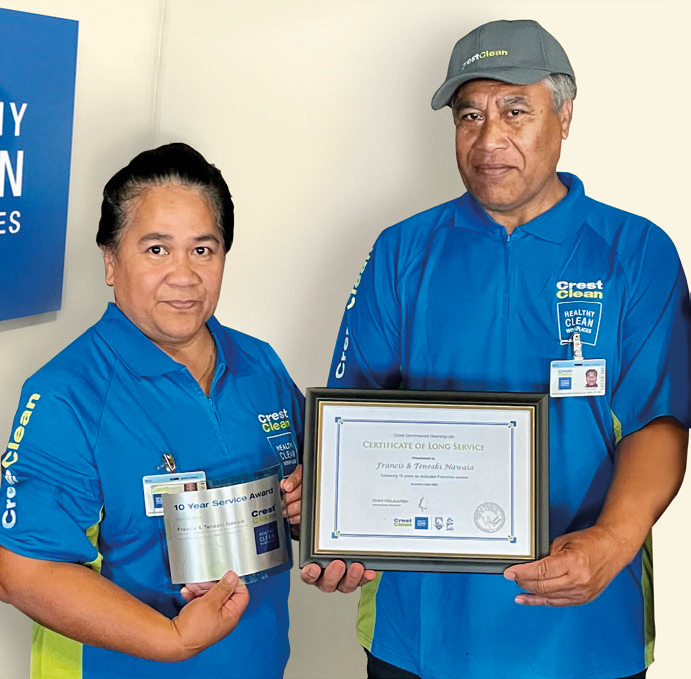 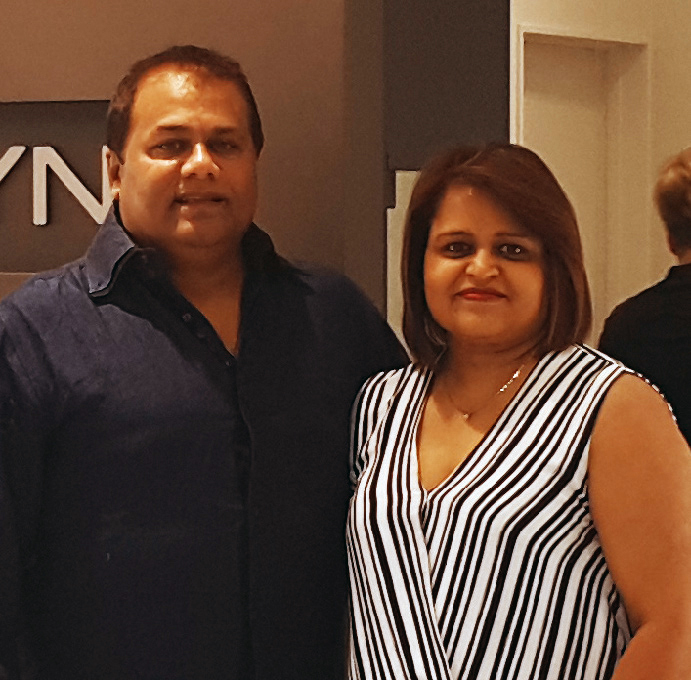 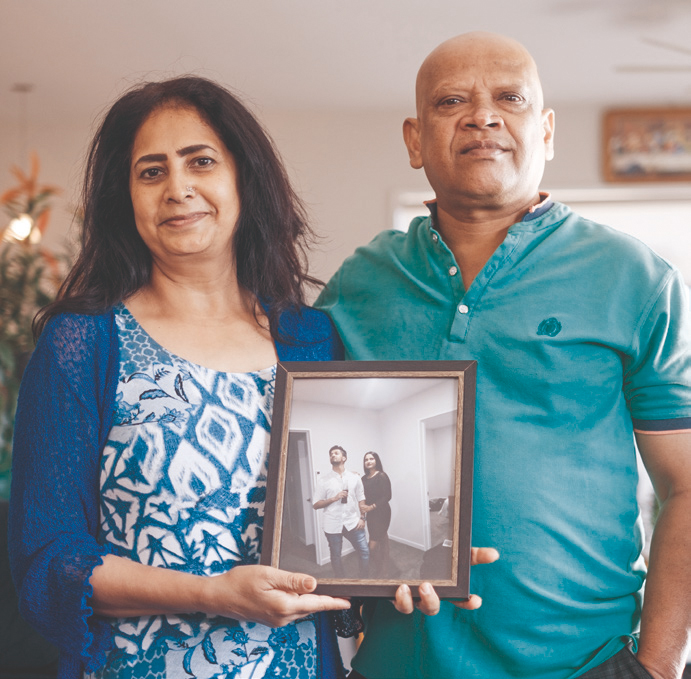 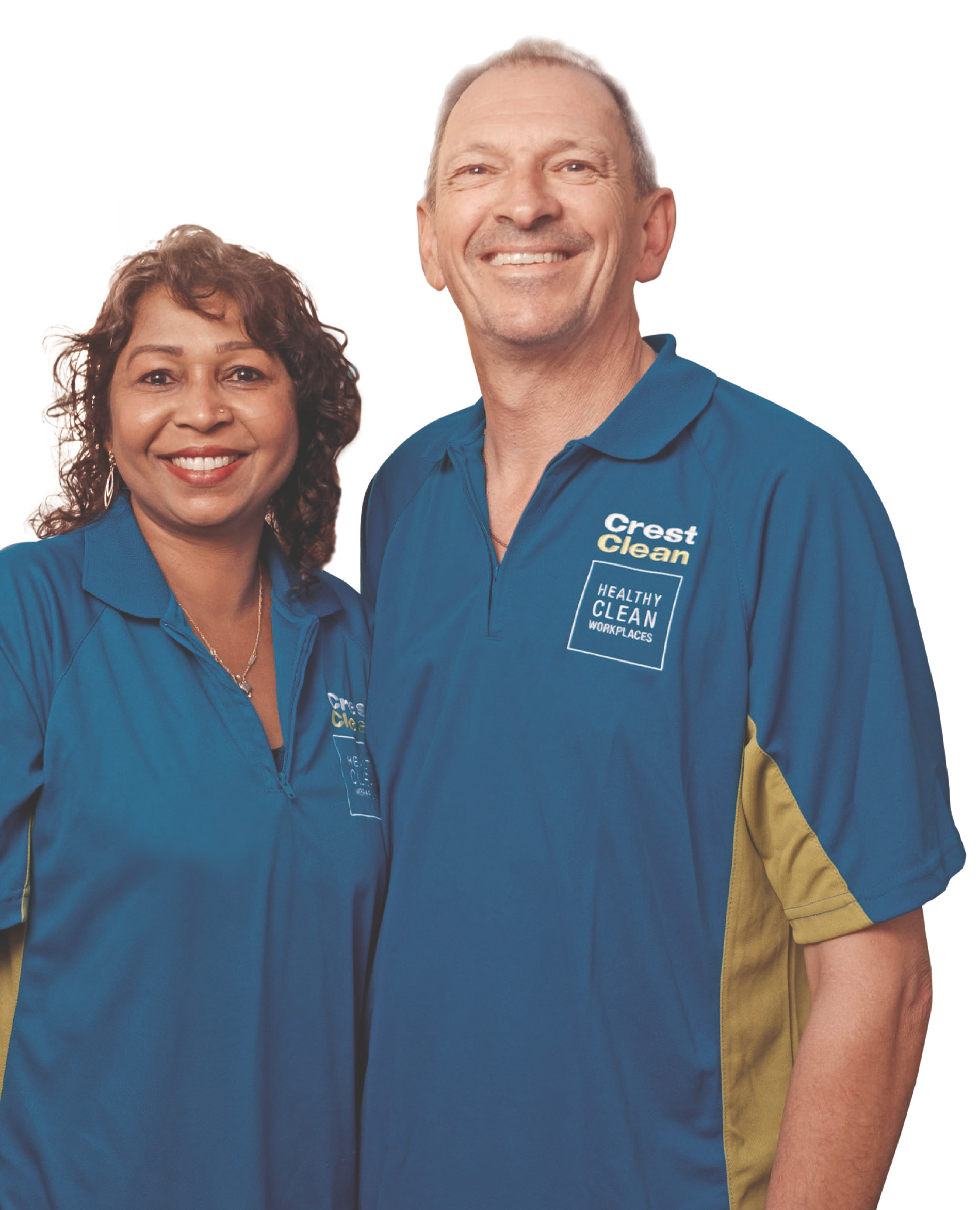 Shashi and Malcolm Brown
Previous Next

At Caci we love what we do! Helping New Zealanders with what we call 'skin confidence'. Now is your chance to join the team, become a Caci clinic owner...