Fred DeLuca, the founder of Subway, died on 14th September 2015 after being diagnosed with leukaemia two years ago. He was 67.

Fred DeLuca created the company that would go on to become Subway at the age of just 17 with a $1000 loan from a family friend. It became one of the largest franchises in the world, with over 44,000 outlets - more than McDonald's. The company is still privately owned with Suzanne Greco, Mr DeLuca’s sister, having taken on the role of president earlier this year. Read more. 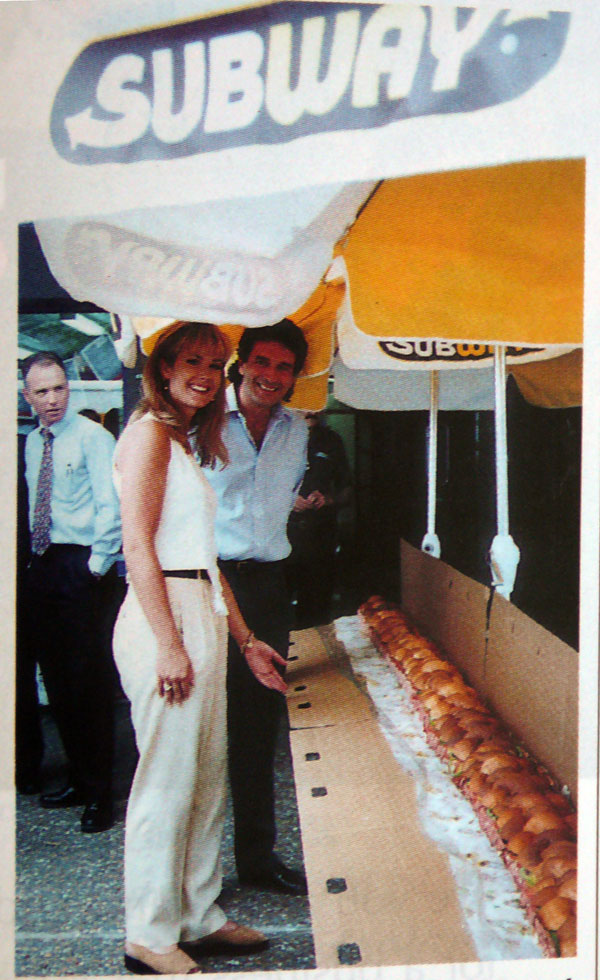 I had the pleasure of interviewing Fred DeLuca when he visited New Zealand for the opening of the first Subway outlet here in 1996 – read that interview here – and thoroughly enjoyed his company. When he noticed how long it took the queue of customers to be served by the inexperienced young staff, he got his wife, Liz, to ‘work the queue’ as we chatted. They had no idea that they were being greeted by one of the most successful franchisors in the world, but it worked – and when I asked Fred how it felt to see a new team struggling to cope, he grinned and drawled in his laconic way, ‘Man, I just remember how bad I was on my first day.’

Fred had already won the hearts of everyone at the official opening of the restaurant a couple of days before when he turned up half an hour late for the ceremony. He and his former high school sweetheart Liz got out of their car and apologised to everyone, saying, ‘Hey, I’m so sorry, we were out at Muriwai watching the gannets. Aren’t they something? We just couldn’t tear ourselves away.’ He was immediately forgiven by all those present.

In recent months, the company he founded has been tarnished by the disgrace of former front-man Jared Fogle, who lost 245 pounds on a Subway diet and famously pitched the healthy-eating advantages of the product by travelling the world with his old plus-sized trousers. Subway cut ties with Fogle after he was charged with sex and pornography offences to which he later pleaded guilty.

Over the last 10 years, Fred DeLuca and his Subway co-founder Dr Peter Buck have shown an interest in other emerging franchises through their investment company Franchise Brands LLC.  The company took a stake http://www.franchise.co.nz/article/2085-borne-to-the-usa in New Zealand’s own Burger Fuel in 2014, and the company plans to expand in the USA in the near future.

Franchise New Zealand sends its condolences to Liz DeLuca, their son John, and all the franchisees and development agents of Subway world-wide who will miss him immensely.