Economic outlook not so gloomy

27 August 2020 - Westpac’s Quarterly Economic Overview is more positive than might be expected. Here are some extracts, along with links to the full report

A few months ago, the outlook for the New Zealand economy was extremely uncertain. The nationwide lockdown announced in late March was unprecedented. So was the scale of the financial support provided by the government. At the time there was a wide range of views about how deep the downturn would be, and how quickly the lights could be turned back on once the lockdown ended.

‘Today,’ says Westpac Chief Economist Dominick Stephens, ‘there is substantial evidence that the economy has fared better than even our forecasts (and we were at the less pessimistic end of the range).’ Writing in the latest Westpac Quarterly Economic Overview, he explains that part of that was due to the unexpected but welcome drop down to Alert Level 1 much sooner than expected, and the subsequent 102 days without community spread of Covid-19. But the more crucial factor was that the economy bounced back much more readily than anyone predicted once the alert level was lowered. The New Zealand economy’s rapid rebound from the first lockdown provides some important lessons as the country deals with a fresh outbreak.

‘This provides some important lessons as the country faces another temporary round of Covid restrictions. First, it shows that eliminating the virus, allowing the domestic economy to operate without restrictions, is a hugely valuable achievement from an economic perspective as well as the obvious health benefits. Second, it suggests that bouts of tighter restrictions are a feasible response when flare-ups of the virus do occur. With that in mind, we have factored the likelihood of future flare-ups into our central forecast track.

‘Finally, it demonstrates the value of early, targeted fiscal support. For the most part households and businesses were able to ride through the lockdown without having to make severe cutbacks, which then allowed them to re-accelerate rapidly as the restrictions were lifted. Admittedly this does push some of the cost of the crisis onto future generations, although a more severe downturn would also have been costly in terms of lost tax revenue.

‘To be clear, much of the economic pain still lies ahead of us,’ the Overview admits. ‘Those sectors that are connected to international travel and tourism have taken a severe hit, and recent developments in the pandemic suggest that New Zealand’s borders will remain closed for even longer than previously thought. We expect that by the end of this year GDP will remain around 3% below its pre-Covid level (or about 5% below trend, considering the growth that would have happened in the absence of the virus). And there will inevitably be some longer-term costs even as life gradually returns closer to normal.’

The recovery is real

The economy’s rebound out of lockdown is apparent across a wide range of indicators, says the Overview. ‘Electricity demand rose swiftly as the restrictions were eased and businesses were able to reopen. By July, the first full month at Alert Level 1, spending on credit and debit cards had risen strongly and was higher than at the same time a year ago. Registrations of both cars and commercial vehicles were almost back to pre-lockdown levels. Consents for new home builds were also close to previous levels. And the PMI surveys for both the manufacturing and services sectors have risen to levels consistent with strong growth.

‘Initially, it wasn’t clear to what extent the bounce in consumer spending reflected pent-up demand during the lockdown. But the length of time that spending has held up at these levels argues against this. A closer look at the card spending data shows that there was indeed a burst of activity in areas such as homewares and clothing, but even after this surge had run its course, spending in these categories has held up.

‘Elsewhere, spending has either held steady or is yet to return to its pre-Covid levels. The areas that have seen the weakest recovery in spending are those that are affected by the loss of international tourism, such as transport, accommodation and recreational activities. In contrast, those areas that are largely driven by domestic demand are operating much closer to normal levels.’

With a fresh outbreak of Covid-19 this month, some previous restrictions have been re-imposed, with Auckland expected to be at Alert Level 3 and the rest of the country at Level 2 for two weeks.

‘If that’s as far as it goes, we expect the economic impact to be relatively small. Each week around $300m of economic activity will be foregone, which equates to 0.5% of quarterly GDP. However, for a brief lockdown a higher proportion of that lost activity would be recouped shortly afterwards, so the actual lasting economic damage would be significantly smaller than this $300m figure.

‘The cost will be smaller than for the first lockdown because the economy is now taking a hit from an already damaged baseline. For example, the latest lockdown can’t reduce international travel and associated services much further.’

What if we return to Level 4?

Another Covid-19 related lockdown of the economy would push unemployment higher and result in more government debt. ‘However, with the borders already closed, the additional damage to the economy would only be an increment on top of the damage Covid-19 has already wrought. In contrast, if there’s an outbreak and the spread of the virus couldn’t be controlled, the economic damage would be much more severe.’

Simon Lord, editor of Franchise New Zealand, comments that. ‘The franchise sector faces the same challenges as other parts of the economy, but the sheer variety of industries represented means that some franchises will fare better than others. Freight and distribution franchises have done very well during the pandemic as online shopping has increased, while many hospitality businesses were bouncing back well prior to the recent rise in Alert Levels again – particularly in Auckland. Liquor stores and supermarkets, commercial cleaning and home services have also reported rising demand.

‘This means that there are still plenty of good opportunities available to potential business buyers and, with interest rates at record low levels (and likely to continue to remain low for some years, according to economists), now may be a good time to explore options.

‘In general, bank funding is available although banks will be more conservative in the current climate. It will therefore pay buyers to take financial advice to ensure that propositions stack up prior to seeking funding.’ 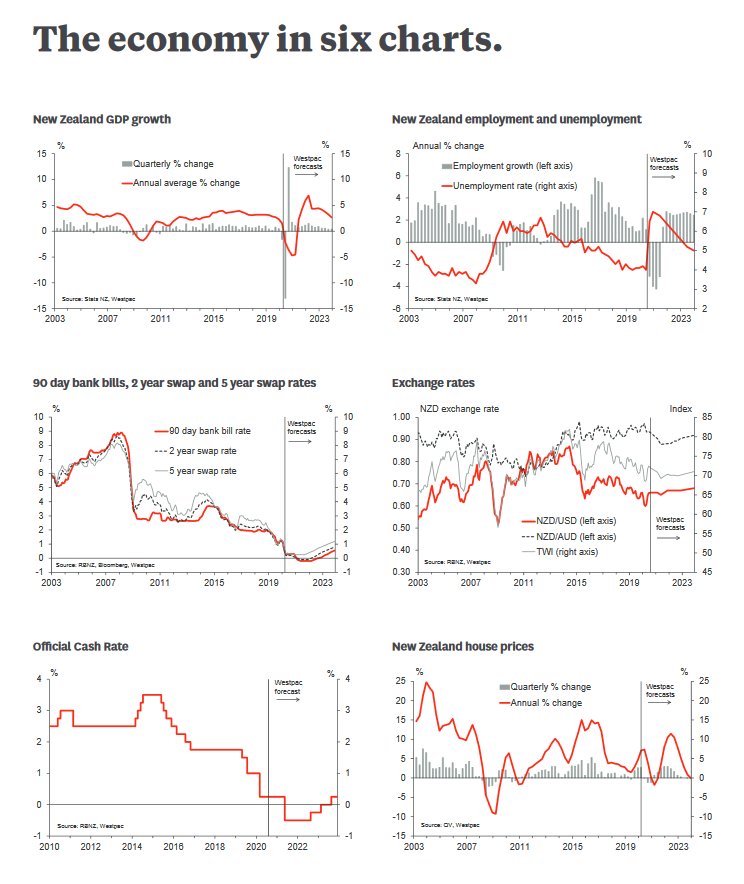