McDonald’s celebrated 40 years in New Zealand by winding back the clock to 1976.

On 7 June, from 10am to 2pm Macca’s Queen Street was completely transformed, retrofitted to 1970’s décor and serving up the original menu and at 1976 prices. Customers were able to get a Big Mac for 75 cents, French fries for 45 cents and a soft drink for 30 cents.

The first McDonald’s opened at Cobham Court, Porirua on 7, June 1976. More than 100 eager customers queued outside waiting for the doors to open at 10am.  The original menu featured the Big Mac (75c), Quarter Pounder (65c), Quarter Pounder with Cheese (75c), Filet-O-Fish (65c), Cheeseburger (40c) and Hamburger (30c). Read the story behind opening the first McDonald's in New Zealand.

Original Queen Street manager and current franchisee, Mark Jenkins reminisces on his years at McDonald’s, “I’m proud to have been with McDonald’s since the beginning. Over the years I’ve seen many innovations from launching a breakfast menu and McCafe, through to introducing Create Your Taste, moving to free range eggs and All Day Breakfast.

“Despite growing and changing over the years, McDonald’s is still serving those core menu items customers were lining up for in 1976,” he adds.

McDonald’s Director of Marketing, Chris Brown, says McDonald’s is excited for crew and customers to take a walk down memory lane by transforming the Queen Street restaurant.

“40 years is a big milestone and we wanted to celebrate with something special. We’re hoping customers will join in on the fun and enjoy the experience,” he adds.

Macca’s Queen Street was open to the public in all its ‘70s glory from 10am-2pm, serving up the original 1976 including six classic McDonald’s burgers ranging in price from 30 cents to 70 cents, fries, drinks and dessert.

The original menu items and prices

Note: customers will be limited to only ordering six items. 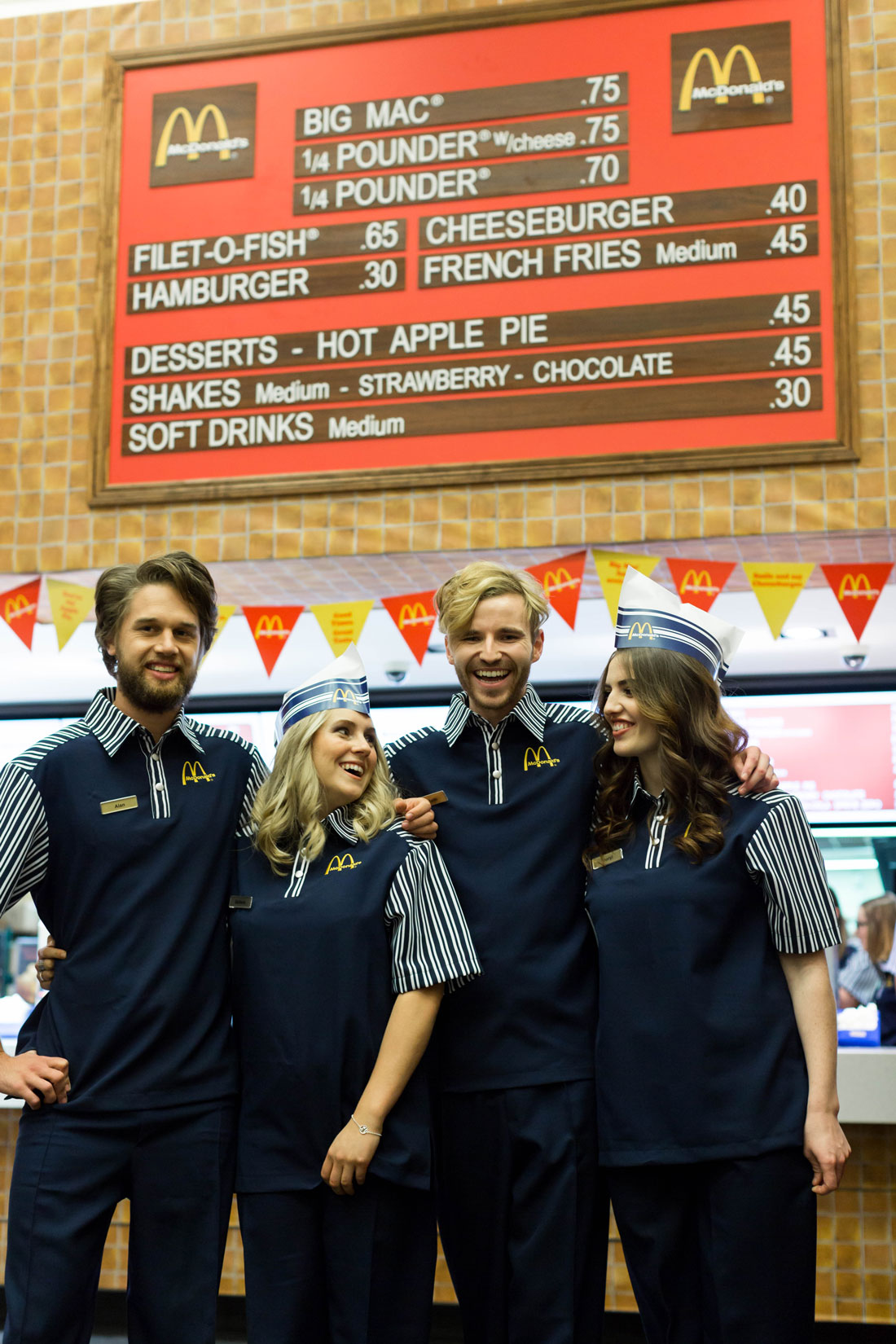