The Franchise Association has appointed five new Life Members to recognise the contribution they have made to the development of the sector in New Zealand through championing franchising over many years.

The presentations were made by Ian Robertson, the Association’s chairman, at the recent Westpac New Zealand Franchise Awards.

Life membership is a rare honour, having previously only been conferred on three people: the late Colin Taylor, founder of Stirling Sports; Bill McGowan, founder of Fastway Couriers; and David McCulloch, founder of Arano Juice with his wife Laurel.

The new life members are: 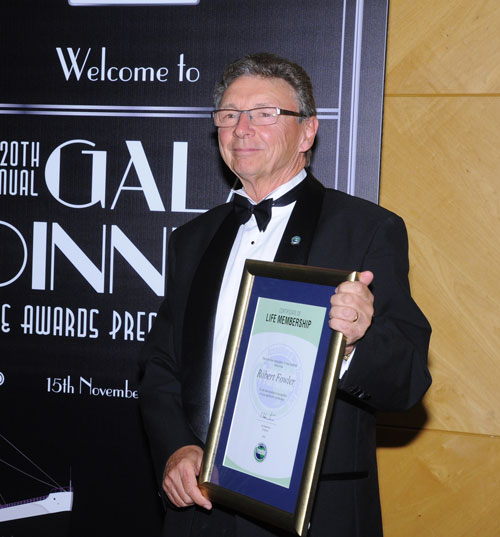 Robert began his journey in franchising in the early 1990s when he and a business partner brought an innovative retail bedding business called Bedpost to New Zealand.  Robert and his partner set up their first store in Manukau City but within 12 months had sold it to focus on franchising the business concept.  Soon after that, Robert bought out his business partner and focused on the growth of the system.  Bedpost stores began to appear throughout the country, reaching a high of 18 units.

Robert’s commitment to franchising saw him elected to the FANZ Board in 1998 and ultimately serving as Chairman from 2001 to 2003.  In taking on the Chairmanship, Robert inherited an employment court battle with a previous FANZ CEO. The cost of winning that battle put FANZ in a very tenuous financial position and to assist the Association get back into profit, Robert took the staff and the Association’s business into his own premises for a year at no cost.

Whilst Chairman, Robert established the FANZ panel of mediators and attended university to obtain his own formal qualification as a mediator; a role in which he is still active in to this day.  Robert also founded the Past Chairman’s group with the purpose of being a support body for the current Chairman ­– something that successive Chairmen have valued highly.

Throughout his journey in franchising, Robert has always put franchising and FANZ at the forefront of his endeavours.  He continues to support FANZ and is a regular attendee at the majority of FANZ functions.

Stewart Germann is a principal of the well-known Stewart Germann Law Office and was one of the first lawyers in New Zealand to recognise franchising as a specialist area of legal work. He made a conscious effort to carve out a niche market in what was then an unknown area in the country’s legal circles.

Stewart regularly attends international franchising events in many countries and is probably the best-known New Zealand franchising service provider. He has made many strong friendships in franchising here and overseas, acts for some of the biggest systems in New Zealand and is widely recognised as an expert in his field. 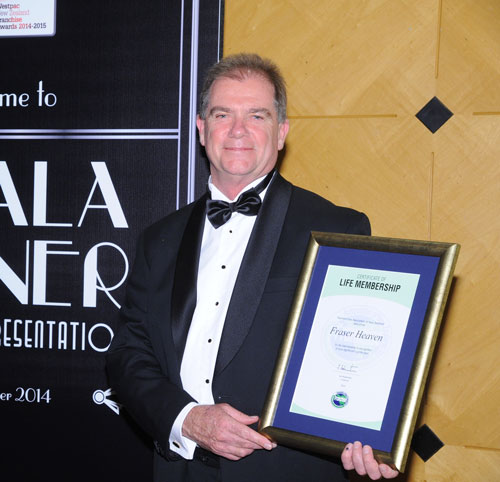 Fraser is now in the 25th year of his association with franchising having first established Franchize Consultants (NZ) Limited in 1990, a business that he eventually sold to Win Robinson in 1995.

It was during 1990 that Fraser, with a group of other like-minded people in franchising, formed the New Zealand Chapter of the Australian Franchise Association (which later became the Franchisors Association of Australia and New Zealand). He served first as Chapter Secretary for New Zealand and then as its Chairman from 1991 to 1995.

Fraser travelled both nationally and to Australia to attend association functions on behalf of the New Zealand Chapter, usually paying his own travel costs and often funding shortfalls in the Chapter’s budget.

Franchising in New Zealand in the early nineties was not easy and was not widely recognised or understood and there was little support for an industry association.  Fraser’s vision for the future, however, was undaunted and he foresaw the rapid development of the business model and the need for industry standards to be set and enforced by a unified and influential industry body, without government intervention.

During the early years, the Chapter faced financial hardship and near-collapse through lack of membership and support of functions. Despite this, and at times to the cost of his own business, Fraser continued to promote franchising and the benefits of belonging to an association.

In many ways, then, Fraser can be recognised as the person who first established a franchise association in this country; the body from which grew today’s Franchise Association of New Zealand. 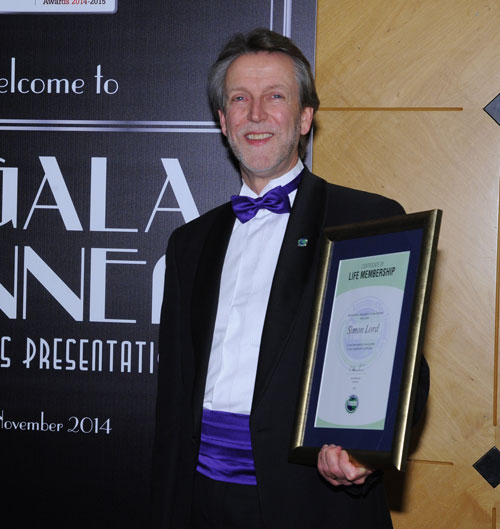 Simon Lord has more than 30 years of involvement in franchising, starting in the United Kingdom where he worked first as marketing executive for the printing franchise system Kall-Kwik (where he met his wife Lorraine, who was a field service executive), and then as marketing manager for fast food franchise Wimpy.

Simon has also been a strong contributor to the franchise community in other ways, serving on the Board of the FANZ and its predecessor (the NZ Chapter of the FAANZ) from 1995 until 2007, including being Chairman from 2003-2005.

During his time on the Board, key initiatives included the introduction of the Franchise Awards and the improvement of FANZ standards through the Code of Practice and Code of Ethics.  Simon created the original ‘Don’t Sign Without This Sign’ campaign and had the honour of chairing the Membership Committee during the time when the Code of Practice was first enforced. In fact, he was responsible for withdrawing membership from 15 members who refused to comply – some of them his own clients!

In accepting his life membership certificate, Simon paid particular tribute to the first life member, Colin Taylor, who died earlier this year. He commented that Colin had been one of the first to welcome him into the small franchise community in New Zealand and had generously shared his experience and wisdom with many people over the years. ‘It seems only fitting that it has taken five of us to replace one Colin,’ Simon said. 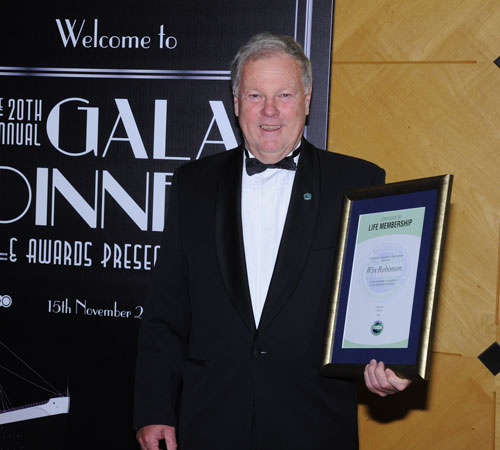 After four-and-a-half years as a product manager at Reckitt and Colman, Win became general manager of Homecare (NZ) Ltd, which was a franchise out of the USA owned in New Zealand by a Canadian QC and Harry Taylor, a well-known Wellington businessman.

A year later, Win bought out Harry Taylor’s half share and operated the franchise throughout New Zealand during the early 1970s.  In 1975, he started Ferro-Form Pools Ltd and built the pool display centre at Market Road next to the motorway off-ramp.  After a few years, he franchised the pool company with franchisees in the South Island, Wellington, the Waikato, three in Auckland and via a loose arrangement in Australia.

After 12 years, Win sold the pool company and became CEO of the New Zealand division of a large Australian manufacturing company. Obviously, franchising was in his blood, though, as six years later he bought Franchize Consultants from its founder, Fraser Heaven.

Win was keen to ensure that the franchise community in New Zealand continued to grow and took on an active part in the Franchise Association of New Zealand. He served on its board for many years, and was FANZ Chairman from 1999-2001.  Win is particularly keen on franchise education and is a strong advocate for best practice.  He was also a prime mover in establishing the New Zealand Franchise Awards and ensuring that they had robust and internationally-recognised judging criteria. 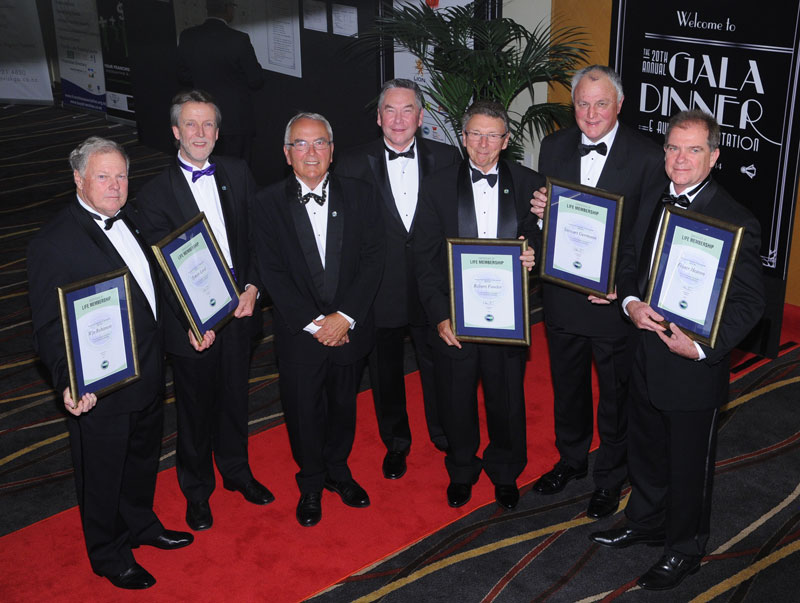