McDonald's ‘not looking for multi-millionaires'

September 2009 - How much does it cost to buy a McDonald's franchise? Less than you might think.

Twenty people a day contact McDonald's head office in Green Lane about buying a franchise. When the company announced its intention of opening 30 new restaurants by 2011, that figure rose to over one hundred a day. It shows the huge level of interest the company attracts - but how do you actually get chosen? 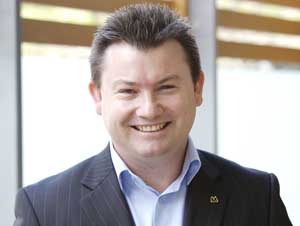 ‘There are two things people don't understand about McDonald's: first, most of our franchisees have worked their way up from crew and second, you don't have to be a multi-millionaire before you can become a franchisee,' explains Mark Hawthorne, the managing director of McDonald's Restaurants in New Zealand. ‘We ask for a minimal fee - currently $75,000 - which in the context of a 20-year franchise agreement and the financials involved is quite minor. The company owns the land and the building, so the franchisee only has to be able to fund the equipment package. The cost of fitting out a new restaurant now is about $1.4 million, which means that ideally we are looking for people with equity from $500,000 to $2 million.

‘The reason we franchise is not because we need our franchisees' money. It's because we think franchising offers us a competitive advantage in the way the restaurants are operated, especially in the regions. A local couple will push the brand in their market at levels we'd get nowhere near, but only if they're on the front line themselves, working the business hard. So basically we're looking for people who have their entire skin in the game, not people with millions using McDonald's as an investment vehicle.'

But money is not the only investment - McDonald's also require potential franchisees to spend a year training with the company. Not only do they not get paid during this time - unless they prove themselves suitable, they are not guaranteed that they will be granted a franchise at the end of it.

‘We have the luxury of being choosy - and we are,' says Mark. ‘The year's training is like a final interview screen in a way. It ensures that our franchisees are hands-on, front-line people who are willing to do the hard yards. There are a lot of high quality people who don't even approach us because they think they need to be multi-millionaires but, as you can see, it's not true.'

Read how McDonald's has re-invented itself.