Complete the form below to receive more detailed information from Columbus Coffee. We will not share your information with any other third party.

With nearly 80 stores nationwide, Columbus Coffee is a well-known name throughout the country. It has real appeal, not just in the major cities but in heartland New Zealand, too. And once you experience the Columbus difference, you may never want to leave. That’s what happened to Shawnee Southon and Tui Allen – they started off as employees, and ended up owning their own cafés.

Shawnee and her husband Jesse had been working at Fox Glacier when Covid first hit. ‘We were made redundant, so we decided to do a road trip and see the South Island,’ she says. ‘We got to Oamaru and just loved the place. Then we heard there was a new Columbus outlet and, lo and behold, they were advertising for a manager. I applied and got the job then, within the year, the opportunity to buy the franchise came up.’

Shawnee had been involved in the hospitality industry since she left school, including working at Columbus in Nelson and Richmond. ‘What I love about Columbus Coffee is that it is constantly changing and updating. It’s never stood still as a franchise and has always adapted to its surroundings. That’s what has made it such a huge success wherever it goes.

‘My friends and family all thought it was a fantastic move. They knew I’d always wanted to own a café, and with Jesse’s support, our savings and lots of hard work, it made the purchase possible. It has been well worth it, and the staff here were rapt – they were delighted to have someone young come up through the system and become an owner.’

So what’s the magic formula that Columbus Coffee has developed to help people make the transition to business ownership? ‘It’s the support of the system,’ says Shawnee immediately. ‘If I need anything, I can call anytime and someone will be with me in a heartbeat, and that is ongoing. The Columbus team are there for you, no matter what.

‘Would I do it again? Well and truly! It’s everything I expected and I’m very excited to see where owning my own Columbus Coffee franchise will take me.’

Like Shawnee, Tui Allen had been in hospitality since she was 16. ‘Waitressing, front of house, barista … I think I’d done it all,’ she says. ‘After being promoted to the kitchen, I did my chef’s qualifications then had a break to have a baby. Three years ago Columbus opened in Upper Hutt and I started as one of the original chefs there.’

Tui had been aware of Columbus Coffee for some years, having helped at the Whakatane café where her mother-in-law was chef. ‘It had always been a goal of mine to own my own café, but an individual café is a risk. I’d always known Columbus as being highly supportive, and that’s the big advantage of a franchise – they have in place the systems and backup to ensure you succeed.’

Eventually, the time came and, with a bit of financial help, on 1st July 2021, Tui took over the reins of the Columbus Coffee in Upper Hutt where she had worked for three years. ‘It’s different being the boss and having total responsibility for everything, but I’m still very much part of the team and I have great staff. Of course, Covid has been a concern, but the latest lockdown gave me time to catch up with the paperwork and the franchise has all the systems in place to help me apply for the subsidies and so on, as well as the systems for re-opening at all the different levels.

‘Throughout my time with Columbus I have seen nothing but growth. People all round the country know it’s an awesome brand that’s constantly innovating, so I’m looking forward to being a part of it. If you have the passion for hospitality, you can’t go wrong with Columbus.’

25 years after opening the first Columbus Coffee in Auckland’s High Street, the brand’s uniquely New Zealand approach has enabled it to expand nationwide, both in high street locations and through a partnership with Mitre 10 MEGA stores. Investment levels start from around $350,000 +gst.

‘If you are looking for a business opportunity, it’s important to choose something you can have real confidence in,’ says Jon Hassall, the company’s General Manager. ‘With nearly 80 outlets, and 7 percent of the population on our Columbus Rewards loyalty programme, we’ve clearly built a brand that is as relevant as it is popular. Our formula of supporting our franchisees right the way through their journey clearly works, and we are constantly developing initiatives to stay fresh.

‘If you want a new opportunity anywhere in New Zealand, we can train and support you to build a business you can be proud of. You don’t need prior experience – Shawnee and Tui may have worked their way up to ownership, which reflects how good the professionals find us, but if you have the passion to own a great café, we can help you to succeed. Call me and find out more.’ 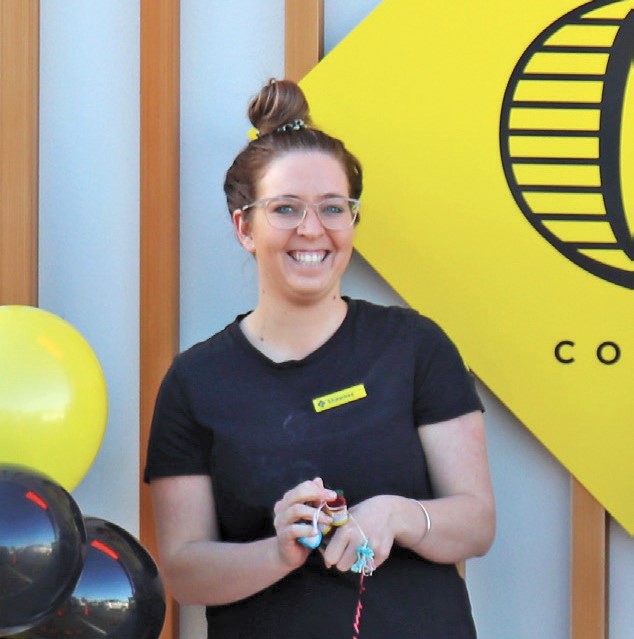 Shawnee Southon: 'It's everything I expected'