Complete the form below to receive more detailed information from Epiphany Café. We will not share your information with any other third party.

Life hasn’t been easy for small operators in the food business over the last year – but since Pawan Pathela put the Epiphany Donuts flag outside his Botany Town Centre store last September, he hasn’t looked back.

Pawan’s KiwiYo & Churro store already offered frozen yoghurts, smoothies, shakes, waffles and churros, but after the lockdowns of 2020 he wanted something different to boost his turnover and bring in new customers.

‘I had seen the growth of the Epiphany Cafés chain with their famous pillow-soft gourmet donuts, and thought they were exactly what I was looking for. They do a great range, so it would mean I have different products to offer at all times of day, whatever the weather.

‘I contacted Jeths Lacson, one of the founders of Epiphany, and he said, “Let’s talk.” It led to a whole new licence arrangement for Epiphany that allows cafés, service stations, hotels and food outlets like ours to add Epiphany products to their product line-up.

‘The donuts are baked centrally and delivered fresh to our store through a very easy ordering process – and they really sell! It has made such a difference that we are now thinking of opening a second outlet at Flat Bush,’ says Pawan.

So what is Epiphany’s secret of fast-selling success? The story began in Hamilton in 2015 when friends Jeths Lacson and Mark Epifanio decided they had to do something to bring New Zealand the texture and taste of donuts they had enjoyed so much during overseas travels. After much trial and error, one day they quite literally had an epiphany (a moment of sudden and great realisation), successfully creating the recipe for the perfect pillow-soft donut.

In February 2016 they opened the country’s first Epiphany Café in Hamilton’s Casabella Lane. It became such a huge hit that in 2018 it was named ‘People’s Choice Regional Winner (Upper North Island) at the Meadow Fresh Café of the Year Awards, and they had started to franchise the concept both as an in-mall kiosk and a stand-alone café offering all sorts of treats. That saw Epiphany named Best Emerging Franchise of the Year in the Westpac New Zealand Franchise Awards 2018.

Today, there are already 20 Epiphany locations throughout New Zealand. Epiphany Café offers a range of 36 different donuts handmade in a centralised kitchen, some using seasonal fruits such as berries, apples and passionfruit, while other toppings include salted caramel, red velvet and green tea. There are also muffins, scones and a range of coffees and iced drinks, including milk teas.

But while the franchise is still expanding, ‘Not every location requires a dedicated Epiphany outlet,’ says Jeths. ‘That’s why we developed the Epiphany licence model to suit existing outlets looking to add new ready-to-serve products which return a good profit margin as well as attracting new customers.

Epiphany Donuts are supplied direct to outlets, and our innovative donut mix means they are served as pillow-soft and as fresh-baked tasting as the moment they were made,’ says Jeths. ‘The system means we can supply licensees and franchisees throughout both the North and South Islands.’

Up and running in three weeks

From signing the agreement, a retailer can be up and running in just three weeks, with a start-up package including a branded display cabinet, donut trays and product labels, Epiphany Donuts teardrop flag or sandwich board, marketing collateral, branded packaging, website and social media marketing. Depending on outlet size, this package is around $3,500 +gst.

It’s a deal that immediately appealed to James Godinet, the owner of MetroMart convenience stores. James was among the first to sign up for the Epiphany licence, and will be bringing the famous Epiphany Donuts to the South Island in five of his stores in March.

‘We’d often looked at donuts for further increasing the MetroMart product range and our customer appeal,’ explains James. ‘From my own experience, Epiphany pillow soft donuts are the best.

‘I see this as being two great, evolving New Zealand brands working together and selling top quality products. Epiphany will be very much part of our growth plans and, down the line, I can see us adding scones and muffins as well as selling Epiphany Iced Drinks.’

‘It’s also a great opportunity for those who have found business tough over the past year to add something truly unique to their range and get sales moving again. There are low set-up costs, low ongoing costs and minimal waste. Call me and learn what Epiphany could do for your bottom line!’ 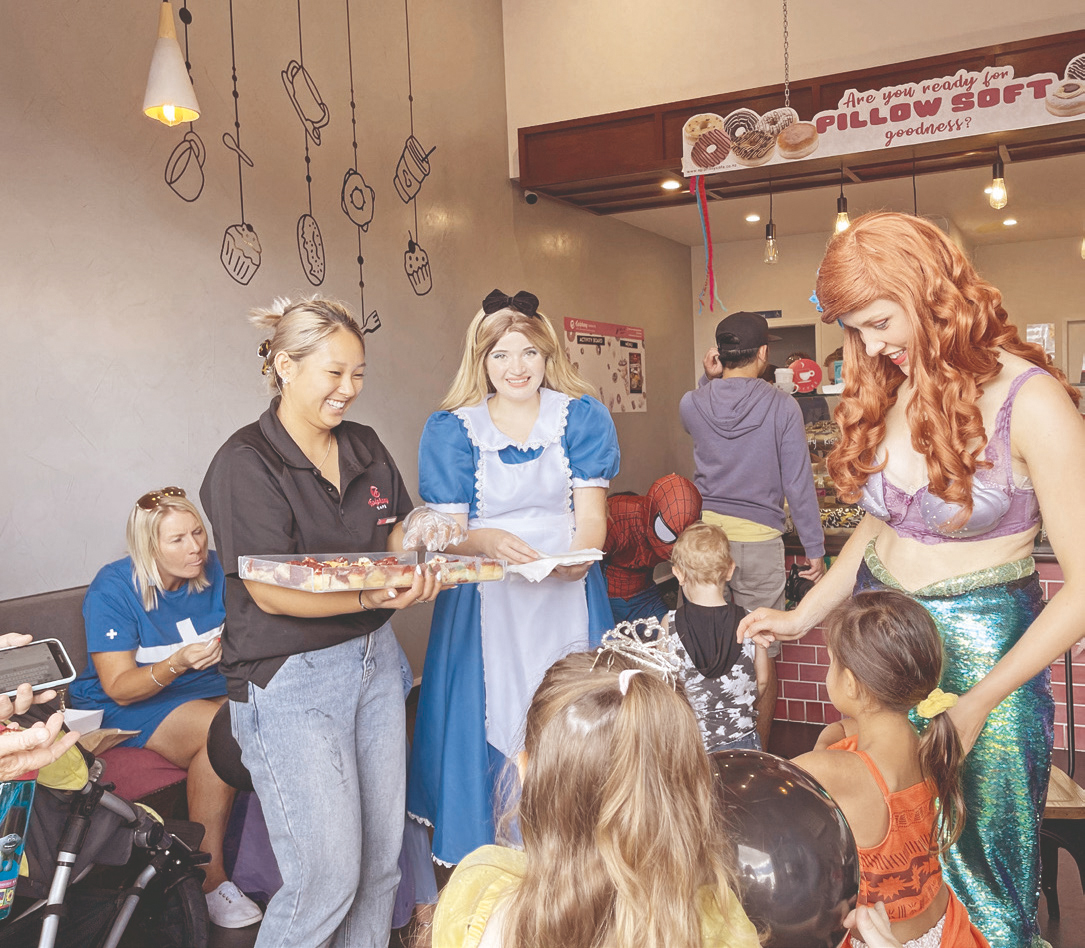 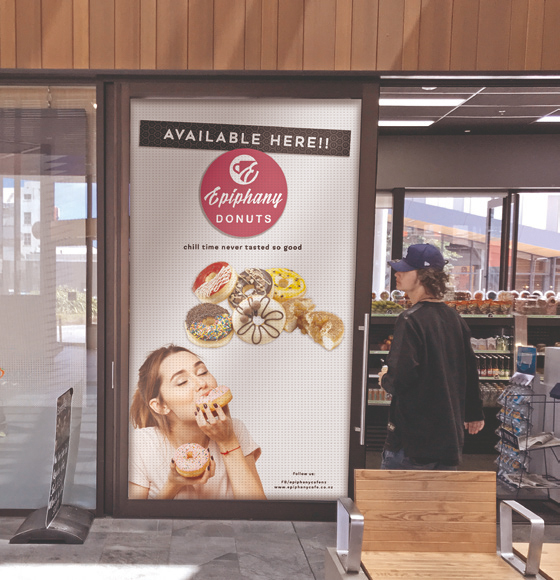