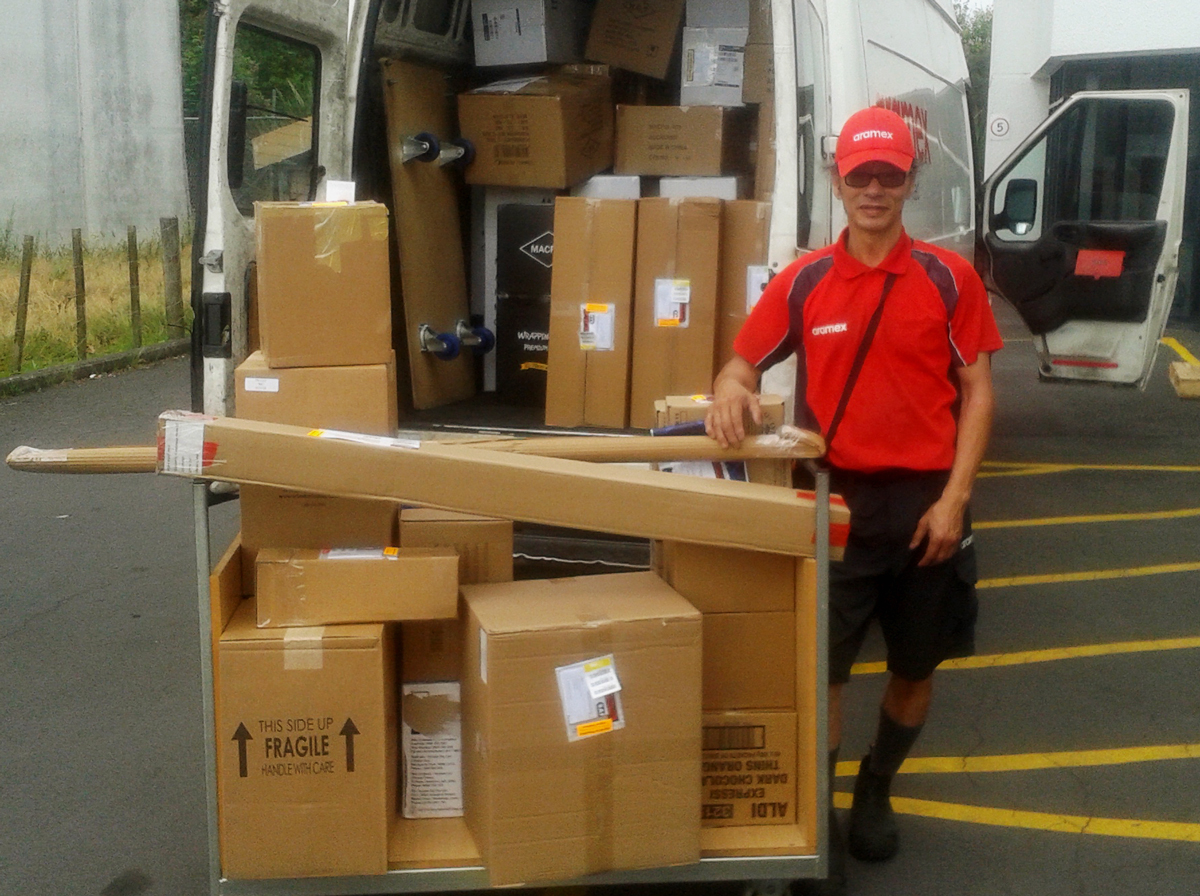 Since September 1999 Kwong Lui has kept a spreadsheet with his annual parcel movements and last Thursday he picked up his 2 millionth parcel from hospitality and cleaning suppliers Safco in Greenmount Rise.

‘The economy was in a bit of a down turn and I’d only been in New Zealand for six months and was struggling to find work. My neighbour told me about a courier franchise that was for sale, so I took a look at it and the rest, as they say, is history.’

In the early years Kwong was busy moving parcels mostly from businesses but the rise of online retail over the last few years has seen him rapidly move to 2 million parcel movements.

13 times around the equator

‘I drive the length of New Zealand every 16 days and have driven around the equator 13 times.’

Kwong, a former football player, enjoys the life of a courier business owner as it keeps him very fit and outdoors.

‘I love working outside and I really enjoy the people I get to meet and building relationships with them. I’ve seen many businesses in my area grow and that’s been really exciting.’

Although Kwong has achieved a major milestone, when he told his Safco customer, they joked they should be getting a present! ‘I’ve got them the present, I just haven’t had time to wrap it and deliver it,’ he laughs.

Aramex New Zealand chief executive Scott Jenyns says Kwong is the perfect courier franchisee. ‘Kwong takes immense pride in delighting every single one of his customers. He’s always got a smile on his face and he’s built long lasting relationships with all his customers. He’s also incredibly well respected within our team and is a bit of a legend actually,’ Scott said.