by The Coffee Club

Complete the form below to receive more detailed information from The Coffee Club. We will not share your information with any other third party.

by The Coffee Club 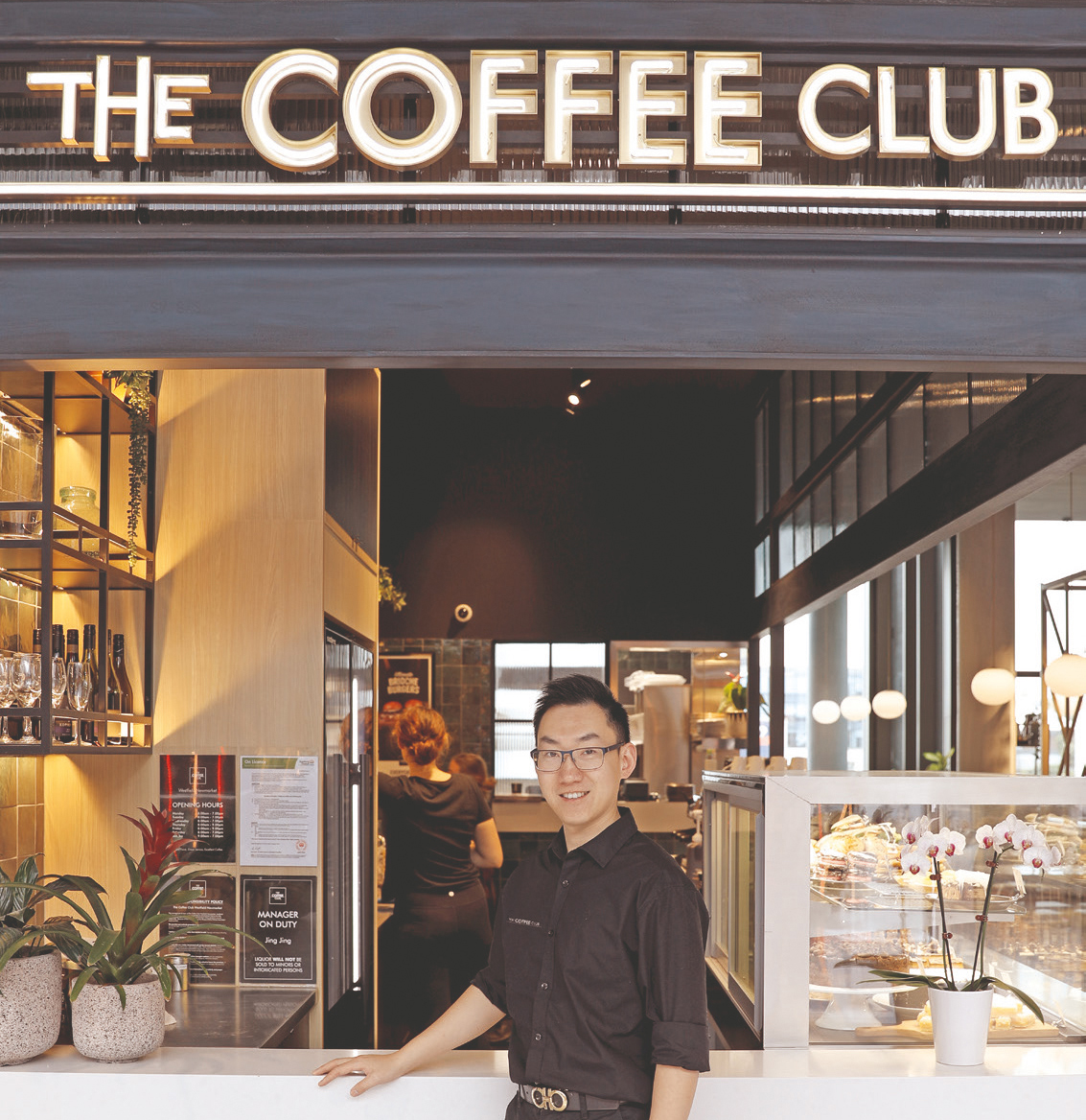 Not many people would have the confidence to launch their first café on opening day of the highly-anticipated mall at Westfield Newmarket, but Tommy Zhang did just that. ‘It’s been very busy and a bit unpredictable, but The Coffee Club has award-winning systems and training so we’re prepared for anything,’ he laughs. Now he’s set to follow in the footsteps of fellow franchisee Sarith Thong, the 2019 Westpac Supreme Franchisee of the Year.

‘We knew it would be busy that first day, but nobody expected just how full-on it was going to be. The team from The Coffee Club HQ were there to check on things and ended up jumping in as extra staff and staying until we closed. Even Brad Jacobs and Andy Lucas, the directors of The Coffee Club in New Zealand, were clearing tables and doing dishes, which says all you need to know about the spirit of the franchise.’

The proud owner of the new café knows that better than most. Tommy worked as a barista in 2007 at The Coffee Club Sylvia Park while studying hospitality management, before becoming a trainer and helping open two other stores.

Since then, he’s done a marketing degree, worked in the electronics and insurance industries and had his own forex trading business. ‘I’ve always searched for things that suit me at different stages of life,’ Tommy says. ‘The finance market can be profitable but it’s risky, and it takes a lot of concentration and resources to monitor all the time. I was essentially running a business in China from New Zealand.’

Now in his 30s and with a young family, he was ready to do something more local when he saw The Coffee Club was looking for a franchisee to take on the challenge of Newmarket. ‘I knew what a great opportunity it was. It’s a well-known brand with loyal customers and the other outlets I had worked in had all been successful. It’s very different from trading, but it fits me better. I like talking to people and having a tangible product. You can see the coffee, food, people – and the profits,’ Tommy laughs.

Tommy spent an intense month training in other stores to learn every aspect of running the business. ‘I learned how to control costs, build customer relationships and handle conflict, and manage staff. Those weeks really helped build my confidence. Then once we got into Newmarket we had the whole team from HQ coming and going for the first couple of weeks, so there’s always been someone nearby to answer questions,’ he says.

Opening a new store meant managing everything from the fit-out and hiring staff down to how many teaspoons to order. With 65 stores throughout New Zealand and over 400 globally, The Coffee Club’s strong supplier relationships ensure its franchisees get cost-effective, consistent prices.

‘One of the most valuable things about being part of such a successful, established franchise is that you’re not making all these decisions blindly,’ says Tommy. ‘People know what they are doing and the systems work – you just need to follow them.

‘I also had a lot of support from HQ in hiring the right people. They went through the process with me to hire the first 10-15 staff and train everyone and found me a great head chef. Having a strong team is going to be the difference between needing to be here all the time and spending time with my family, once business settles into more of a pattern.’

The first couple of months have given Tommy a few challenges as different areas of the complex opened. ‘At first it was even busier than we had anticipated, and I had to hire more staff, then other dining areas opened, then places like Lego and David Jones opened so it grew again. The Coffee Club gave me great advice on how to control labour costs and how to talk to staff about it. It’s that continuous assistance that makes the franchise such a worthwhile investment.

‘The fees are reasonable and you get a lot in return – an established, popular brand with a loyal customer base; a proven, successful business model; and ongoing support from a team of experts that really know their stuff and aren’t afraid to get their hands dirty.’

Since opening in New Zealand in 2005, The Coffee Club has become a major player in our café scene and both its franchisees and franchise system have been regular winners in the annual Franchise Awards. With two store models to suit a variety of locations from shopping centres and restaurant precincts to high streets and transport hubs, investment levels range from $350,000 to $400,000.

The Coffee Club is looking for franchisees throughout the country, including key growth areas in Nelson, Napier, Auckland and Ashburton. ‘If you’re a people person with a passion for good food, great service and excellent coffee looking to step into your own business, give me a call,’ invites Andy.