Complete the form below to receive more detailed information from Jim's Test & Tag / Jim's Fire Safety. We will not share your information with any other third party.

After redundancy from the aircraft engineering trade, Peter Mahon sought a new career in a hurry. ‘I was pushing 60 at the time so it was a bit of a worry, but I had a friend who was in Jim’s Test & Tag and decided to buy the franchise myself. Within 20 months, I was doing so well that my wife Ann and I bought the area franchisor business for Waikato.’

Jim’s Test & Tag provides testing and tagging services for electrical equipment in workplaces, as well as fire extinguisher inspections and sales, all according to the relevant standards: AS/NZS3760:2010 for electrical equipment, and NZS4503:2005 for fire extinguisher inspections. Since new Health & Safety regulations came into force in 2016, there’s been no shortage of work for Jim’s franchisees, who don’t need electrical qualifications to test safety using specialised gear.

‘All Kiwi businesses must ensure their workplace is safe for everyone, and electrical equipment needs to be inspected at least annually,’ explains Peter. ‘Much building site or workshop equipment needs more frequent inspection, so it is a growth industry which provides a recurring source of income.’

And now the Mahons have taken an even bigger step. With 35 years’ financial experience behind her, Ann has left the bank and joined Peter as Jim’s Test & Tag New Zealand becomes the only division of Jim’s headed from outside Australia.

So why the change of policy from one of the biggest and most successful franchise groups in Australasia? ‘I went to Jim’s management one day with a host of reasons as to why things were not working as well as they could over here, and two days later they came back with a proposal that I take over the role of Divisional Franchisor for NZ,’ says Peter. ‘We do things slightly differently this side of the Tasman and Jim’s appreciate that. 85 percent of what we do is identical – same operations manual, same systems – it’s just that we are very people-centred. One Aussie described us “like big fluffy teddy bears”.’

Teddy bears or not, Peter is proud of everything about Jim’s Test & Tag and is very keen to grow the brand beyond the current 40 franchisees here. ‘Jim’s Test & Tag is the largest group involved in the electrical and fire inspection industry in Australasia and with nearly 1,000 Jim’s franchisees altogether we’re backed by huge resources and get great group deals. For example, Jim’s franchisees can obtain a brand-new Nissan vehicle at 25 percent discount, while Cory’s Electrical offer 42 percent off trade prices for most appliances.’

‘But it’s not just about buying power,’ says Peter. ‘Our training programme is the envy of many other groups with 12 solid days at Jim’s Melbourne headquarters teaching you everything you need to start running your own business. After that, you’re up and running from day one. The franchise fee of $55,000 +gst covers everything bar your vehicle so when you return from Melbourne you will have available your territory, test equipment, uniform, promotional material, business cards, pens and a first aid kit and fire extinguisher for your vehicle – in short, everything.

‘I can’t stand certain industries which include what I call the “buts” – a low fee to bait you, then when you start enquiring it turns out to be “plus this and plus that,” which is dishonest. Our fee may seem high, but it is all-inclusive and represents quality from every angle.’

There’s just one part of the Test & Tag NZ franchise which can’t be included in the franchise fee, and that is the vehicle. ‘There are too many variables there because we’ve made it very flexible,’ says Peter. ‘You can have a twin-cab hi-rise ute, or a suitable van, and they could be new, secondhand or leased. This will be the only additional outlay on your franchise purchase price.’

In addition to a big market, big brand and big buying power, Jim’s Test & Tag New Zealand also has a big heart. ‘We look after our franchisees,’ says Peter. ‘One of our guys had an accident last October, and he’s still off work with no return date set. If he were independent he’d be in trouble by now, but all of us have banded together to cover his customers so when he does come back he’ll still have a business. Furthermore, Jim has put his fees on suspension so that’s not costing him anything either.’ It’s not just the Kiwis who are teddy bears, it seems!

Peter says there are currently opportunities for more Jim’s Test & Tag franchisees throughout the country, and also for area franchisors in Taranaki, Auckland and Wellington. ‘This is not a job without a boss – it’s a business where you must be your own boss, so you have to be honest with yourself,’ he laughs. ‘But if you want to be part of a terrific group that gives you all the support you need to build your own business in a growing industry, call me and find out more. 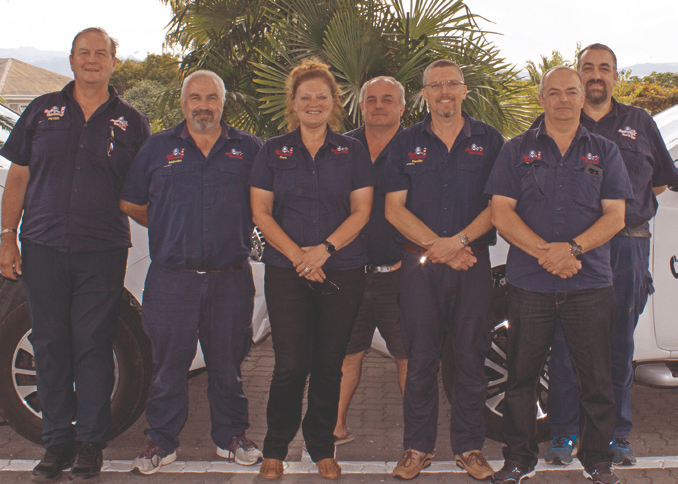