Complete the form below to receive more detailed information from Crest PropertyCare. We will not share your information with any other third party.

Every Day Is Different With Property Caretaking

Do you have practical skills? Do you like autonomy and to plan your own day? A Crest PropertyCare franchise could be for you.

Being his own boss with a Crest PropertyCare business has given Aucklander Julian Carnow a new-found freedom. The 58-year-old spent most of his life in the building and construction industry in South Africa. He had a variety of jobs, working his way up to foreman and then project manager.

After moving to New Zealand, he decided to find something that he could turn his hand to and really make his own. ‘I’ve got a few years before retirement and I thought I’d do something for myself,’ he says.

An advert for Crest PropertyCare franchises in Auckland caught his eye: ‘I went to an information night and listened to what was being offered. I took my wife along to a second meeting and decided, “Yep, this is for me”.’

Julian’s customers include a school, a medical centre and large corporate company. ‘It might be an old cliché but no two days are ever quite the same,’ he says. ‘I could be carrying out repairs inside or working outdoors cutting back bushes and trimming trees, but whatever’s involved, the work gives me a feeling of a job well done.’

At one school where he works, Julian has been given the additional responsibility of being the acting property manager. ‘I like the autonomy of the role, the decision making and getting the work done to a high standard. That’s the satisfaction for me.’

Sometimes I have to pinch myself

Mike Warnes couldn’t be happier with his new role as a franchisee with Crest PropertyCare, which has given him a lifestyle that would be the envy of many. Being his own boss for the first time in his life has brought the 49-year-old a job he’s passionate about but one that still leaves plenty of time to go surfing.

Mike, who lives in Mount Maunganui, has a background as a construction worker and driving heavy machinery, but when he got the opportunity to work for himself by buying a Crest PropertyCare franchise he jumped at it.

He says gone are the times when he faced the start of each working day with a heavy heart. ‘Now when I get up in the morning I feel fantastic and look forward to my day. Being my own boss is something I’ve not experienced before. Sometimes I have to pinch myself.’

Mike says property caretaking brings flexibility and he can plan his own day. ‘I’ve got jobs to do but I can be flexible about when I do them. I have time to fit in some surfing and spend time with the family.’

Whether he’s waterblasting a building or bringing a shine to windows with his Pure Water Widow kit, Mike enjoys plenty of variety. ‘The work keeps me fit and there’s that satisfaction you get from doing a great job for your customers.’

What does it involve?

‘For an investment of as little as $30,000, plus a suitable vehicle, you can buy a business that will give you a good return – and there’s always the potential to increase your turnover,’ says Rene Mangnus of Crest PropertyCare.

‘Property caretaking contracts are organised and administered by CrestClean, and the franchisee is inducted to the duties and supported to ensure that the job is performed well and the customer is happy. Franchisees are paid twice per month by CrestClean for the contracted services that they have performed.

‘CrestClean also prepares and files GST returns, prepares annual accounts and files a franchisee’s tax return to keep their business compliant. It means you can focus on the job without worrying too much about the admin.

‘To find out more about opportunities with Crest PropertyCare all over New Zealand, contact me now.’ 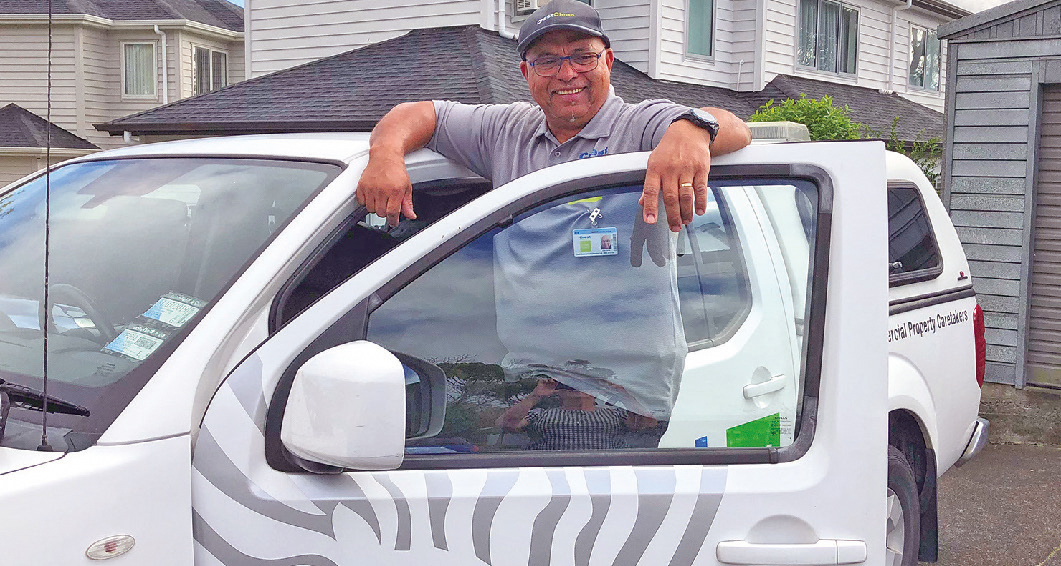 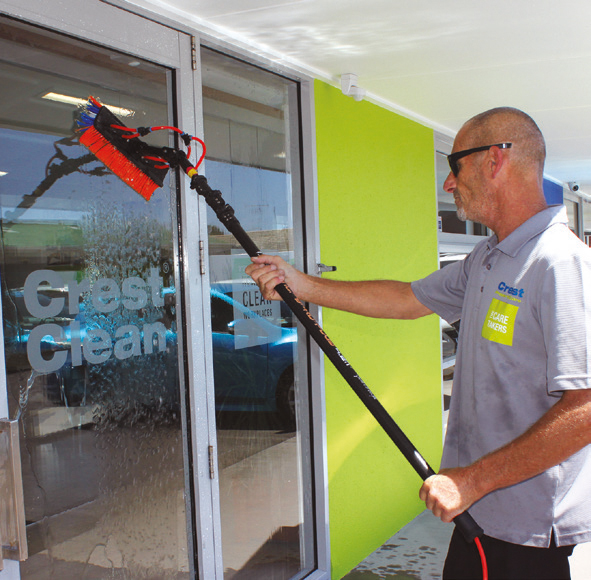 Crest PropertyCare have opportunities all over New Zealand
Previous Next