Complete the form below to receive more detailed information from Accessman. We will not share your information with any other third party.

Lofty peaks, expansive plains and the birthplace of Richie McCaw – the South Island is all this and much more. It’s a place that engenders a certain vision, determination and resilience, which applies to business, too.

Numerous Mainland enterprises have jumped the Cook Strait successfully, including Hallensteins, Kathmandu, AJ Hackett, Icebreaker, Tait Communications – and Accessman, which supplies Elevated Working Platform (EWP) and scaffolding hire to the construction industry. Unlike the other brands, though, Accessman is looking for partners to run franchised outlets in this high-return sector to answer the chorus of pleas from some of the country’s best-known names in construction.

With franchises established throughout the South Island, Accessman opened a branch in West Auckland in late 2017, to be followed by a South Auckland branch in May this year. The company’s equipment is already at work on a portfolio of landmark projects, including Auckland’s $941 million Commercial Bay – currently the country’s largest commercial-retail development.

‘We now have clients with projects in and around Hamilton and Tauranga very keen for us to establish an Accessman branch to make us more easily accessible in the Waikato and Bay of Plenty,’ says Lena Harrington, Accessman’s general manager, who is spearheading the franchise’s expansion plans. ‘At one stage last year, we had 40 machines on site at Hamilton’s recently completed Te Ao Mārama School, showing the potential for a branch there. An Accessman presence on Auckland’s North Shore is also a high priority.’

Accessman has two routes to entry for franchisees. ‘Our commitment to growth and confidence in our financial model allows us to develop company-owned branches initially, which can later be on-sold to franchisees as a fully operational, high-return franchise,’ says Lena. ‘Alternatively, a franchisee, whether an individual or partnership, can use our support and experience to start from scratch. This includes in-depth market analysis to assess demand and establish the level of equipment needed. Investment levels generally start around $1 million.’

Accessman was founded 25 years ago by Christchurch electrician Ross Pickersgill when he bought a scissor lift in response to the Health & Safety in Employment Act 1992 and rented it out when not in use. Today, it has the country’s largest and newest access fleet of over 1,000 scissor lifts, knuckle-booms, cherry-pickers, telescopic boom-lifts, telehandlers and other access technology. ‘Work safety is today a major issue, and our commitment to worker, workplace and public safety is non-negotiable,’ says Lena. ‘Accessman has been pro-active in redeveloping industry training by introducing the internationally-renowned IPAF Operator Training courses to New Zealand, setting the standard, and offering the E-Learning option in addition.’

Ross recruited long-time construction industry executive Lena Harrington as national credit collections manager in 2009. Two years later Lena was appointed finance/marketing manager and then in 2013, general manager. Ross is the first to agree that were it not for Lena, Accessman would not be the industry leader and blue chip franchise opportunity it is today.

Born and bred in Central Otago/Queenstown and finishing her education in Christchurch, Lena began her career in finance which then led into the construction industry which, she says, suits her pragmatic nature. ‘Construction is a fairly black and white industry, where the personalities involved tell it like it is. There are no airs and graces; you either deliver or you don’t. These dynamics are what continually drive my passion for the industry.

‘That straightforward approach is what we’re looking for in new franchisees. You’ll need good management and interpersonal skills, the ability to talk to people at all levels and to manage all facets of a successful enterprise. We’ll provide the knowledge, systems and support, and will assist with establishing relationships with existing clients within the franchised region. In return you can build a business that offers substantial financial and personal rewards, as existing Accessman franchisees will tell you.

‘So whether you’re interested in a franchise opportunity in Auckland, Hamilton, Tauranga or anywhere in the North or South Island, or if you’re a potential client, give me a call and let’s talk.’ 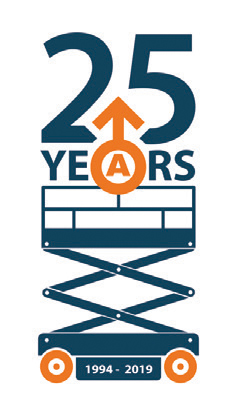 Accessman was founded 25 years ago