For 2018, The Coffee Club has added an extra twist with a helping hand from some well-known personalities and sports stars who put pen to coffee cup to create their own festive designs. These will be auctioned on Trade Me from 26 November-4 December with all proceeds going to KidsCan to help Kiwi children in need.

The auctions, which can be found at www.trade.me/christmascups, will include Christmas takeaway coffee cups designed and autographed by:

‘Christmas brings out the kid in everyone, so we thought the celebrity auction would be a great opportunity to get some well-known fun-loving Kiwis behind the KidsCan Christmas Cup Art Competition,’ says Andy Lucas, Director of The Coffee Club.

Those who miss out on the auctions can still get Christmas cups designed by the children that KidsCan support. Winning artists earn their school a donation whilst also receiving prize money for themselves. Since the competition was first launched five years ago, more than $55,000 has been donated to children and schools supported by KidsCan. This year, the total prize pool was $15,600.

The cups and napkins are available in The Coffee Club until mid-January. This year the winning artists are:

‘We are thrilled to have so many people involved again,’ says Andy. Once again the standard of the artwork we received from the children was amazing – we spend a lot of time deliberating over the winners, and this year it was really hard to choose our favourites.’

A 2017 survey found that almost a quarter of all franchises in New Zealand raise over $100,000 each for charity each year. For more information on KidsCan, including details about how you can get involved either as in individual or business, visit www.kidscan.org.nz 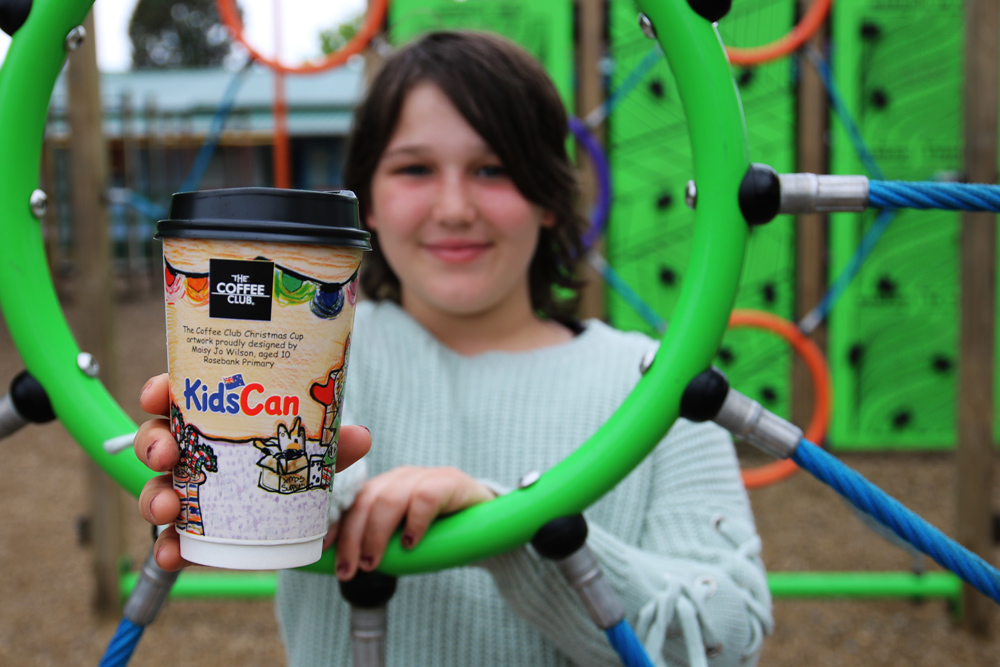 Maisy Jo Wilson with her 1st place design for KidsCan 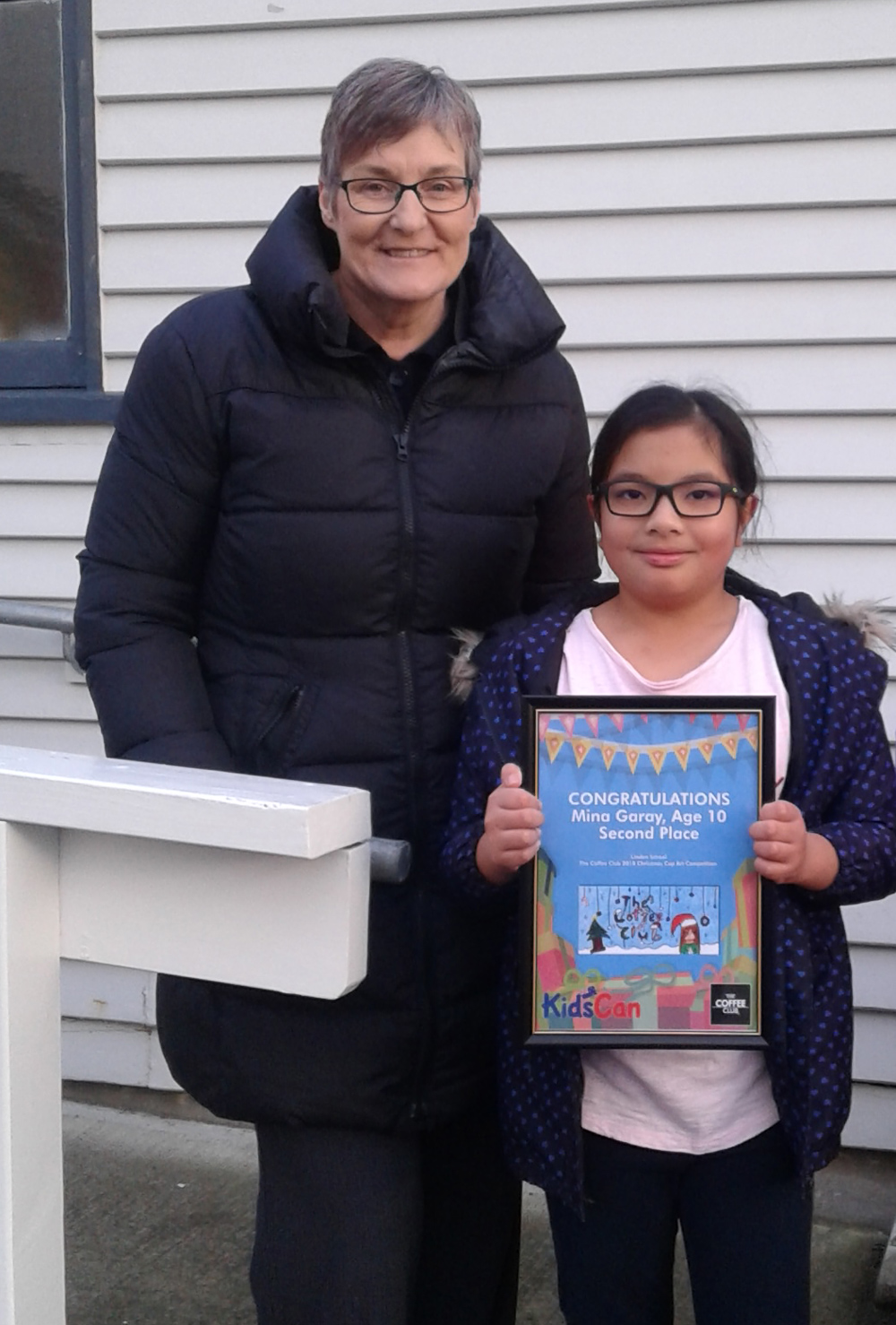 Mina Garay with the Principal of Linden School. Mina's design will be on the regular cups at The Coffee Club
Previous Next