Hell and RainbowYOUTH stand up for LGBTIQA+ rights

21 August 2018 – LGBTIQA+ charity RainbowYOUTH has partnered with Hell to encourage diversity and equality in Aotearoa.

Together, the charity and the popular pizza franchise aim to raise $75,000 for RainbowYOUTH by selling 3,000 limited-edition T-shirts bearing the slogan ‘The Only HELL I’m Going To’. The custom-designed T-shirts will be available to buy online from 21 August, via the link hellrainbowyouth.com. HELL Pizza will donate all proceeds from the T-shirt sales to the charity.

The campaign slogan is intended to empower allies to take a stand in support of the LGBTIQA+ community by reappropriating a highly publicised discriminatory slur.

Campaign supporters – including a number of Kiwi celebrities – will be encouraged to post photos and videos of themselves wearing the T-shirt on social media. Using the handle #theonlyHELLimgoingto, the aim is to inspire a social movement in Aotearoa in support of LGBTIQA+ issues – in the style of #metoo or #takeaknee.

RainbowYOUTH Communications Manager and 2IC Toni Duder said the seriousness of the issues facing LGBTIQA+ individuals demands greater awareness and action in all areas of life.

‘The LGBTIQA+ community around the world still faces devastating persecution,’ said Duder. ‘In Aotearoa, discimination means that LGBTIQA+ youth have higher rates of negative mental health outcomes (such as self-harm, addiction and suicide) than their straight and cis-gender peers. With lives at stake, we can’t afford to take any steps backwards.’

‘Our goal is to have as many people as possible buy the T-shirts and wear them with pride to show their support.’

Frances Arns, Executive Director of RainbowYOUTH, said: ‘Positive public representation and dialogue about gender and sexuality is critical to sending a message to our young people that they are unique and wonderful.

‘As a young person, you’re soaking in all of the attitudes and perspectives of society; let’s make sure the messages they’re getting about gender and sexuality are good ones.’

RainbowYOUTH is a youth-led, youth-focused, not-for-profit organisation dedicated to helping improve the lives of LGBTIQA+ people up to the age of 27.

Established in 1989 to create a safe, inclusive, accepting and diverse family environment, the charity has grown from strength to strength and now has two offices in Aotearoa – with specialised peer support groups in Auckland, Dunedin, Kawerau, New Plymouth, Waihi, Rotorua, Tauranga and Whangarei.

The following information has been taken from Suicide Prevention and the Rainbow Population – A Strategy to Prevent Suicide in New Zealand 2017: Draft for public consultation.

There is little population data identifying the size of the LGBTIQA+ population in Aotearoa, however, indications are that it comprises between 6-15% of the population. 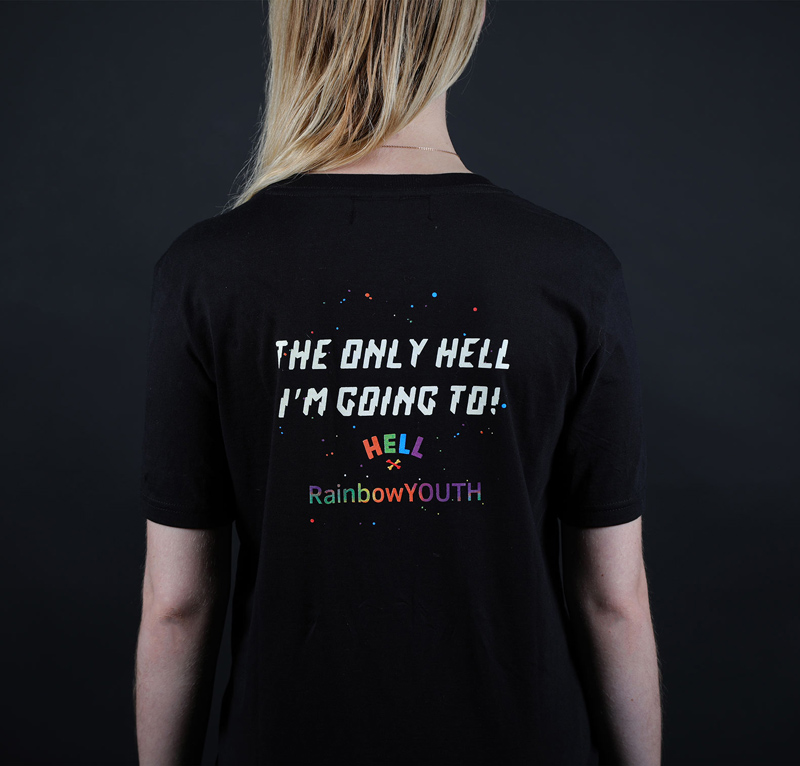 Using #theonlyHELLimgoingto, the aim is to inspire a social movement in support of LGBTIQA+ issues