"McDonald’s of the Future" opens in Auckland

McDonald’s efforts to re-invent itself in the face of increasing competition and declining global sales will see the company launch its ‘Restaurant of the Future’ in Auckland this week.

McDonald’s New Zealand, which has reported increasing sales in defiance of the global trend, has spent $2 million re-fitting its  Greenlane restaurant to create what it’s calling the ‘McDonald’s of the Future.’ Describing it as its ‘most significant evolution in a decade’, the new fit-out includes an open-kitchen gourmet burger bar, a lush ‘living wall’ new technology and a refresh of the McCafé experience.

The new burger bar – a term that, strangely, harks back to the 1950s – is an extension of the Create Your Taste service currently being rolled out across the country. It allows customers to create their own gourmet burger from more than 32 gourmet ingredients using a digital kiosk. The product is then made fresh in the open kitchen and delivered to the customer via table service.

‘The burger bar is all about theatre and transparency. With the new open kitchen, you can see your burger being made right in front of you and can be reassured that all burgers in McDonald’s are made fresh-to-order,’ says Patrick Wilson, managing director of McDonald’s New Zealand.

‘We’ve had overwhelmingly positive reviews of the Create Your Taste menu across the country and the new burger bar offers Kiwis even more choice, customisation and, most importantly, fun. Our customers are telling us they are pleasantly surprised at the quality and innovation of our new burger range.’

The burger bar also comes with new ingredients and sides including a gluten-free bun, vegetarian patty, thick-cut chips and a condiment bar. The company-owned Greenlane restaurant also boasts a new gourmet breakfast menu featuring such items as Belgian Waffles and Avocado Smash, while McCafé offers a new range of decadent desserts served with a scoop of ice cream.

‘A huge amount of customer research has gone into understanding what Kiwis want from a modern McDonald’s,’ the company says. ‘The “Our Food, Your Questions” website, social media and the “My Macca’s Review” app has also helped to guide the new innovations that can now be seen at McDonald’s Greenlane.’

2016 will see further developments at Greenlane with a new playground, dedicated party rooms, next generation WiFi and a completely renovated interior. The restaurant, originally a Georgie Pie, is the company’s flagship store situated close to McDonald’s head office.

Patrick Wilson concludes, “As we approach McDonald’s 40-year anniversary in New Zealand we’re looking at what the next 5 to 10 years will look like for our restaurants. We’re really excited about the changes at Greenlane and we certainly see this as the future of McDonald’s.’

McDonald’s say that new playgrounds, super-fast WiFi and other features of McDonald’s Greenlane will be rolled out at other restaurants throughout New Zealand, with the full refresh treatment ‘delivered in line with customer demand’.

Kiwi Battlers – the pioneers who brought McDonald’s to New Zealand 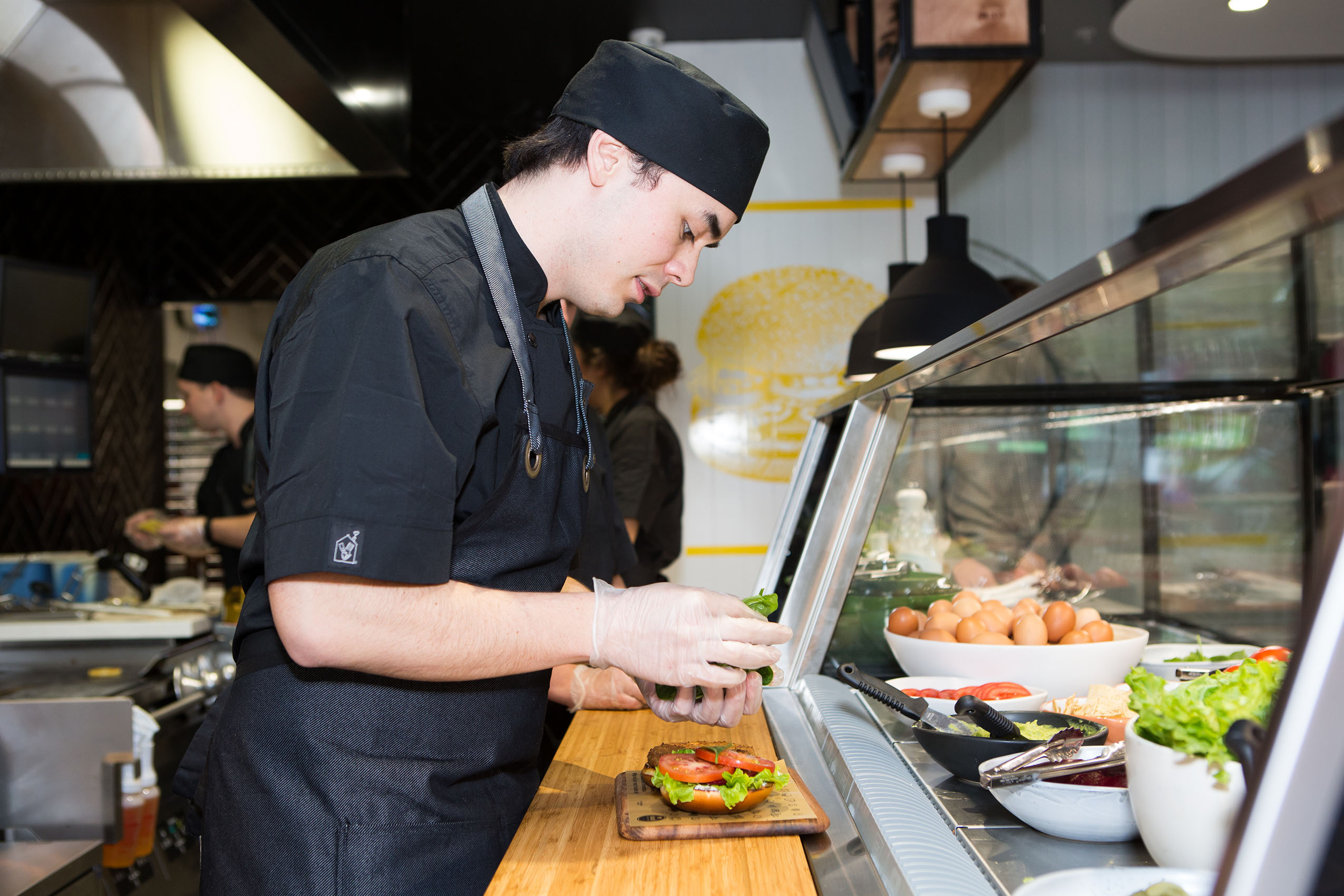 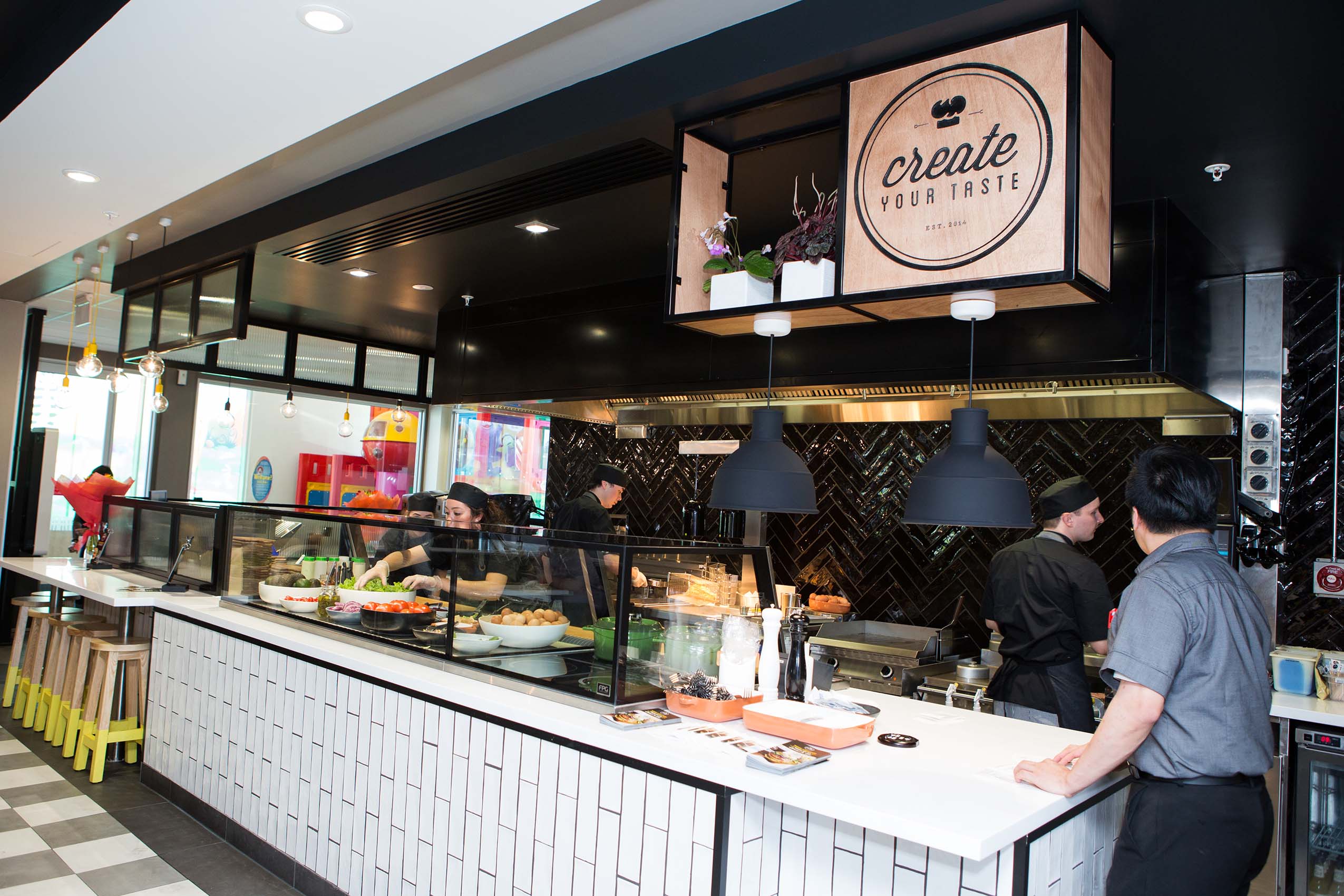 The burger bar: a back-to-the-future name for a fresh modern look at McDonald's Greenlane
Previous Next

This is your opportunity to become part of a successful international brand, partnering with the expertise of Restaurant Brands here in New Zealand and...