After less than a decade in business in New Zealand, The Coffee Club is celebrating the opening of more than 50 cafés here, making it one of the most successful and fastest-growing café groups in the country.

‘We are outpacing most brands as far as growth goes and also have some of the best franchisee retention rates in New Zealand,’ says director and marketing manager, Andy Lucas. ‘It’s a great position to be in and a real testament to the hard work our team puts in.’ 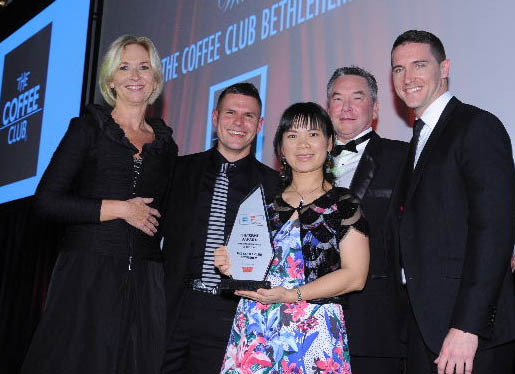 Andy and co-director Brad Jacobs moved to New Zealand from Australia to bring the brand here. Now Auckland-based, both young entrepreneurs have extensive backgrounds in the hospitality industry: Brad has been with The Coffee Club for over 17 years, working across a range of roles, while Andy has experience in a range of hotel management positions. The company also believes in giving back to the franchise sector with Brad being the current vice-chairman of the Franchise Association of New Zealand.

The opening of 50 New Zealand stores will be celebrated next week with a red carpet event designed to showcase The Coffee Club and mark the special occasion.

‘We are pleased to be able to offer New Zealanders a quality choice of food and beverage options,” says Andy. “Combined with attentive service, a modern vibe and an expanding number of convenient locations, The Coffee Club provides a relaxing, friendly atmosphere for a quick coffee or complete meal.’

The Coffee Club New Zealand has proven an attractive prospect for franchisees. ‘We try to be as flexible as possible, giving franchisees the ability to put their own stamp on the brand, whilst ensuring the quality The Coffee Club is renowned for is retained in all aspects of the business,’ says Brad.