The franchisee who made a difference 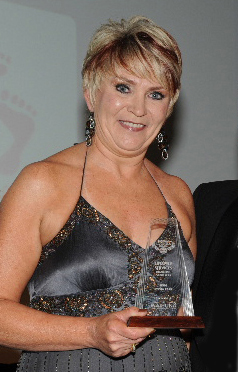 Franchisor Dawn Engelbrecht has paid tribute to sKids Sylvia Park franchisee June Claunch, who died recently after a short illness. June was the 2010 Lifestyle Services Franchisee of the Year in the Westpac New Zealand Franchise Awards.

‘One of the things you need as a sKids franchisee is a passion for making a difference to children’s lives, and June had that by the bucketload,’ Dawn says. ‘Her schools were in an area designated as Decile 1b, so the kids in her programmes didn’t have an easy start in life. Some of them would come to school with no shoes or no lunch, and even fall asleep at school because they were too scared to go to sleep at night. Others suffered because they didn’t have anyone to help them with their homework.’

‘But June was determined to make a difference. She fought for subsidies so that kids who needed after-school programmes could get into them. She’s go to parents’ homes in the evening to help them fill in the forms, and ran backwards and forwards to CYFS on their behalf. She also spent hours working alongside the kids themselves, helping them with their reading and homework. It got to the point where the teachers could tell which children were attending sKids because they were so far ahead, and schools were actively recommending sKids to parents.’

‘June proved that after-school programmes aren’t just for the middle classes, they are for everyone. She did what we all want to do – she made a difference, and June will always be remembered for that.’

June Claunch is survived by her husband Tom and daughter Benita.