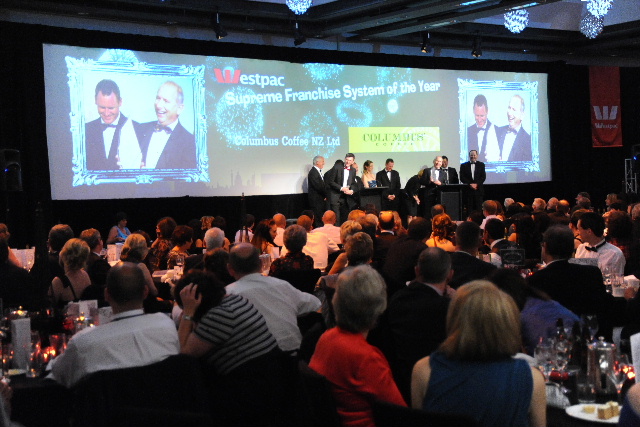 Columbus Coffee made it two in a row at the Westpac New Zealand Franchise Awards last night, last year’s winner coming back for a second helping as the country’s top Franchise System of the Year. But there was a new name on the Franchisee of the Year trophy, which went to Nick and Clare Thomas, the Civic Video franchisees in Glenfield, Auckland.

The Awards were presented on Saturday 13th November in Auckland in the presence of Hon Simon Power, Minister of Commerce. Entry was open to members of the Franchise Association of New Zealand, who reported that a record number of entries had been received this year. Mike Watson of the NZ Business Excellence Foundation, who chaired the judging panel, commented: ‘The judges were impressed by the commitment to customer service and the entrepreneurial spirit and leadership being displayed by all applicants. The evaluation and judging process provides a valuable oversight of the health of the industry and there are some inspiring stories being told coupled with some exceptional results being achieved. In spite of the challenging economic climate the Franchising sector is continuing to evolve and grow.’

An outline of the findings of the 2010 survey of franchising was also presented at the Awards - read our summary here. 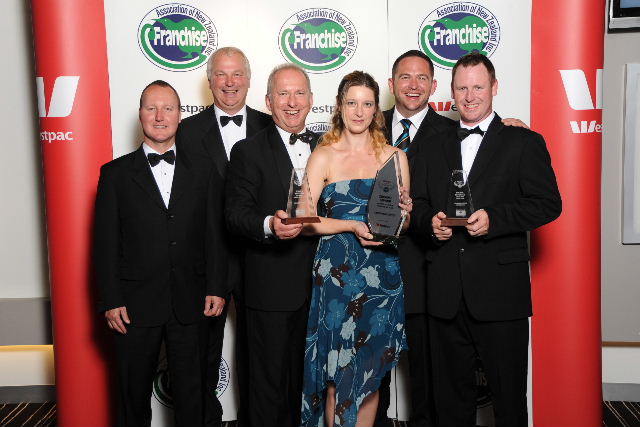 Columbus Coffee combines café and retail stores, selling beans and machines as well as food and, of course, coffee. From a single outlet in Auckland in 1995, the company has grown to 30 cafés throughout the country.

In awarding Columbus Coffee with the Westpac Supreme Franchise System of the Year Award for the second year running, the awards judges said the company’s excellent application comprehensively addressed all criteria items and demonstrated ‘highly effective work systems coupled with very sound leadership. A strong focus on exceeding customer expectations and effective performance management supported by a comprehensive suite of measures showed impressive levels of performance across all results areas.’

In accepting the Award, managing director Graeme Tait recognised the value of the feedback Columbus Coffee received after last year's event. 'We took many lessons from that and it help to set the strategic direction for the company over the next 12 months. We must acknowledge the help of Franchize Consultants Ltd who helped us strip everything back  and conduct some major customer research to help us provide an even better experience to customers. Now we have something new planned and our foot is off the brake and on the gas pedal.'

Read how Columbus Coffee works with its franchisees to improve all-round performance.

WESTPAC SUPREME FRANCHISEE OF THE YEAR 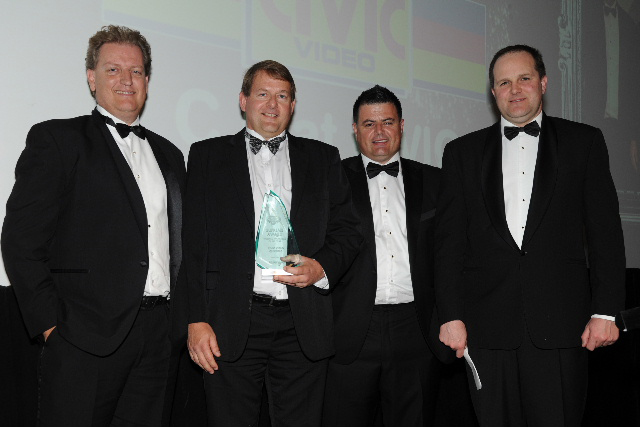 Nick Thomas and the Glenfield Civic Video team made an impressive debut into the Awards scene, taking out the Westpac Supreme Franchisee of the Year title at their very first attempt, although they have owned their franchise since 1997. The judges commented that ‘Civic Video Glenfield demonstrated an excellent understanding of their business and the drivers of business performance. An extremely comprehensive application was produced, which covered all aspects of the awards criteria with detailed responses to all sections.’

In making the award, the judges found this franchisee's impressive application not only covered all the requirements, but in particular ‘reflected a very strong focus on marketing, customer satisfaction and monitoring of business performance across a comprehensive range of measures.’

Accepting the Award, Nick Thomas said, 'We're part of the best video chain in New Zealand in a very cut-throat industry. When we bought our store, our major competitor was the largest Video Ezy in New Zealand. We drove that out of business after six or seven years, and now our only competitors are other Civic Video stores - so the franchisor won't want to hear me say it, but we're looking to close down their two company stores too!' Judging by the laughter from the Civic Video table, Nick's ultra-competitive approach is much appreciated and no doubt helped to win him the Award.

Awards were presented to franchise systems and franchisees in each of five categories: Business Services, Food & Beverage, Home Services, Lifestyle Services and Retail.

Special Awards were also made for Export, Master Franchisee, Service Provider and Media Campaign of the Year.

The judges found that Cleantastic is a company that is strategically focussed; very clear on its key objectives and has worked consistently since 1995 in a very systematic and integrated way towards achieving its goals. Successfully exported to Australia and soon to move into other overseas markets, Cleantastic has continued on its expansion path whilst sustaining impressive levels of turnover and growth. The company won the Supreme Award in 2004. 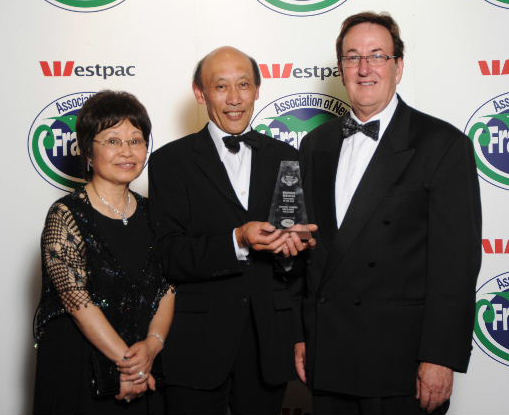 Colin Lowe bought his first Fastway franchise in Albany, built it up, sold it for a nice capital gain then started all over again in nearby Glenfield. The judges said that he had delivered a very well-presented application that validated a strong focus on customers and customer service. ‘The drive and motivation of this applicant has been key to building and retaining his customer relationships,’ they commented. ‘Colin exemplifies the qualities that drive business success.’

The Business Services awards were sponsored by Snap Printing. 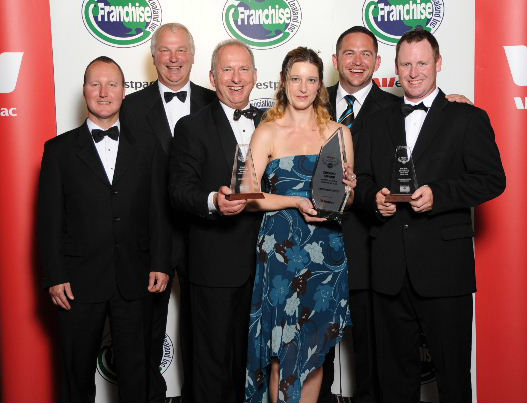 In awarding Columbus Coffee  the best Food and Beverage franchise award, the judges commented that the franchise system demonstrates sound leadership across all aspects of franchise operations coupled with a clear focus on delivering service and product excellence. Columbus went on to win the Supreme Award.

It's been a busy time for the Heneys - in the last 18 months they have got married, had a baby, bought the Columbus Coffee store that Nigel was managing and now won the Franchisee of the Year award in the Food & Beverage category. According to the judges, Columbus Coffee Ashburton's entry was a very well-presented application that ‘validated a strong understanding of business fundamentals and a focus on customer-driven excellence as a means of achieving superior business results. The franchisee is achieving excellent business results as a result of commitment to customer service and quality product.’

The Food & Beverage awards were sponsored by Franchise Accountants.

Franchise System of the Year – No award 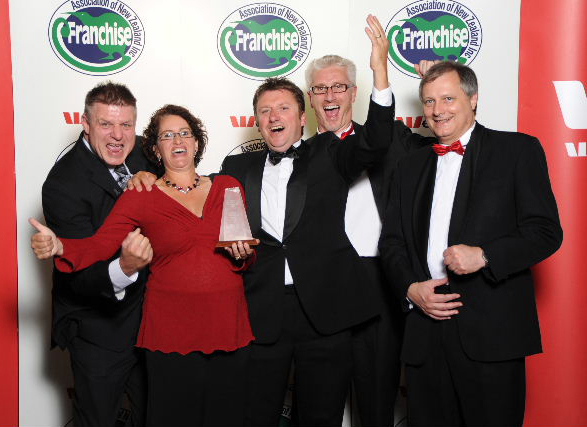 In naming Poolwerx Hamilton Home Services Franchisees of the Year, the judges commented that David and Prue Kimber had produced a very well-presented application that illustrated a successful franchise driven by a motivated husband-and-wife-led team. The use of information to drive business results and a focus on innovation were particular strengths noted by the judges.

The Home Services Awards were sponsored by Westpac. 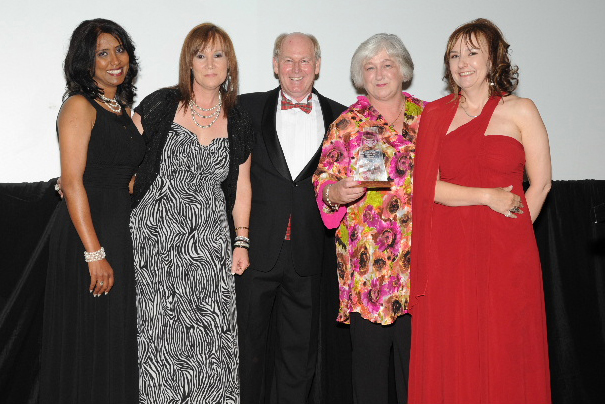 After-school care specialists SKIDS (Safe Kids In Daily Supervision) have over 59 franchised operations throughout New Zealand and dominated both the franchise system and franchisee sections of this category. The judges were impressed that SKIDS has a very clear focus on delivering a professional, personal, quality service. ‘It is evident from the results that their ability to build positive relationships and loyalty with their customers is the key to their success. The clarity and succinctness of the information used to drive and manage the business across the criteria categories were a particular strength.’ 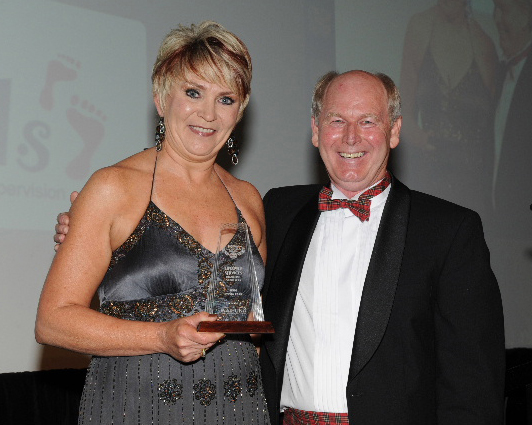 The judges were impressed with the passion and enthusiasm of the entrants and their very strong determination to continue to develop this already-successful business. Of particular note was the emphasis on the care and development of the children, coupled with the processes for monitoring their progress.

Read more about SKIDS and the master franchise opportunity. 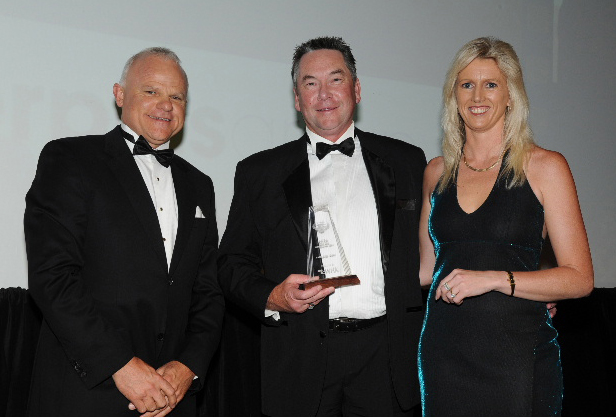 Paper Plus is the largest stationery and bookshop franchise in Australasia, and is unusual in that the franchise is owned co-operatively by franchisees. In the judges' view, the Paper Plus Group presents as a business with a clear focus on business improvement and establishing a platform for growth in what is a very competitive market. ‘They demonstrate strong franchisee support with an excellent understanding of customers and their market coupled with robust business processes.’

Read how Paper Plus was created. 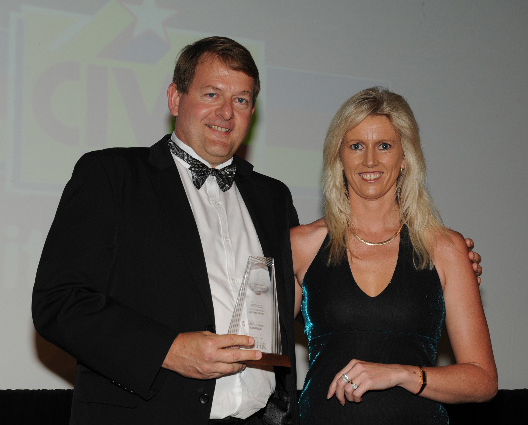 In awarding both the retail category award and the supreme Franchisee of the Year award to Civic Video Glenfield, the judges considered that the franchise demonstrated an excellent understanding of their business and the drivers of business performance.

The Retail awards were sponsored by WHK. 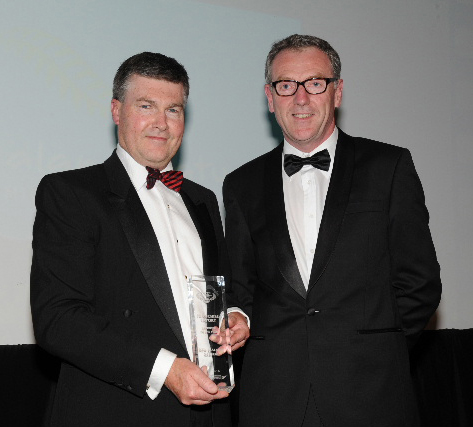 This award was judged by both the main award panel and a panel from New Zealand Trade & Enterprise. The combined panels found that New Zealand Natural demonstrated a strong focus on core operational disciplines including product development, manufacturing, international marketing and distribution. ‘This is coupled with effective systems to manage the volatile aspects of international trade such as ingredient prices, currency fluctuations and transportation costs. An
impressive overall submission'

New Zealand Natural's success in exporting was reflected by the fact that their table at the Awards Dinner was smaller than planned owing to the fact that the managing director was in Abu Dhabi at the opening of the first store in their 24th country, the export manager was opening their 14th store in Saudi Arabia and the training manager was busy with the new master franchisees for the Philippines. Another colleague was in Brazil talking to prospective master franchisees for Brazil and Mexico!

The Export award was sponsored by New Zealand Trade & Enterprise.

Read our 2007 article on how New Zealand Natural has exported both its brand and its products.

MASTER FRANCHISEE OF THE YEAR 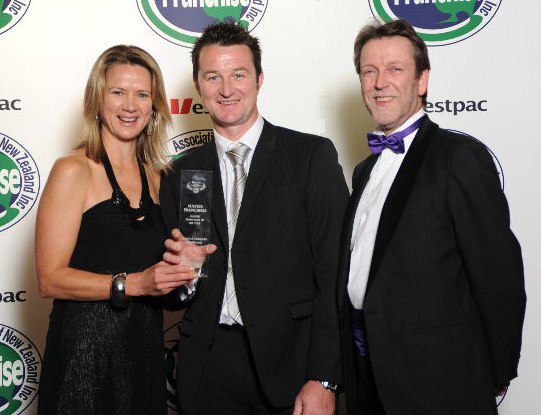 In making this award, the judges found that Fastway Couriers’ regional franchise in Northland demonstrated robust systems and processes which support very effective management of the business. There was particular emphasis on the service and support provided to the courier franchisees which translates into the excellent performance and profitability of the regional franchise.

The Master Franchisee award was sponsored by Franchise New Zealand magazine & website, which has been involved with the Awards every year since they were first run in 1996.

SERVICE PROVIDER OF THE YEAR 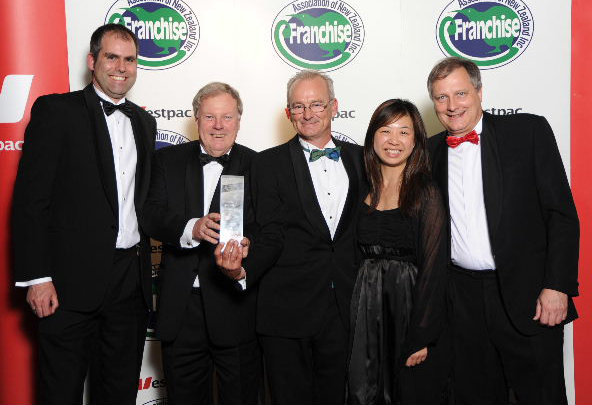 Franchize Consultants is New Zealand’s largest and longest-established franchise consultancy and has twice won the Service Provider of the Year title - in 2006 and 2008. In making the 2010 award, the judges were impressed with Franchize Consultants’ comprehensive responses to all criteria items and clear evidence of a very comprehensive and effective business model which provides valuable support to the franchise sector in New Zealand. The company not only provides consultancy services but also a number of educational programmes for the franchise sector and created the quarterly Franchising Confidence Index.

The Service Provider award was sponsored by Westpac.

MEDIA CAMPAIGN OF THE YEAR 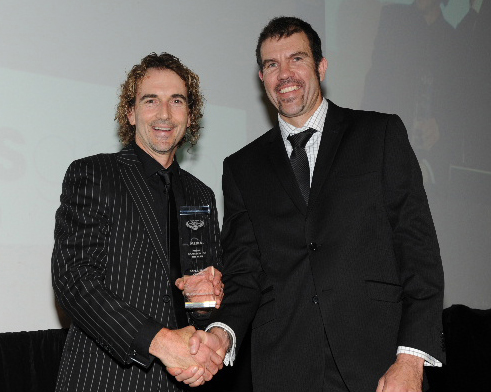 The Paper Plus campaign was found by the judges to be an extremely thorough one, characterised by its wide-ranging use of all available media. In the words of one of the judges, ‘They nailed it … it was very comprehensive.’

Read our article Paper Plus franchisees re-invest in brand

The Media Campaign category was sponsored by The New Zealand Herald.

The Westpac New Zealand Franchise Awards are made possible with generous support from the following companies:

If you're serious about investigating a franchise, you must read Franchise New Zealand. Just fill in your details below and we'll post you a free copy.

This free offer applies to New Zealand postal addresses only - sorry. Please read our policies if you have any concerns about how we will use your personal information.